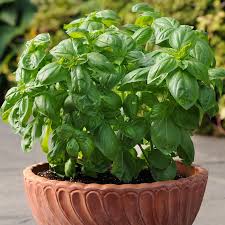 Tradition has it that the basil plant (Greek: βασιλικός) showed the true cross to Saint Helen. It was growing on the spot where Christ was crucified and where the drops of his blood fell. As there were three crosses (the other two belonged to the thieves) the smell of the basil showed Saint Helen which cross was the one that had held the body of Jesus Christ when he was crucified. That is why, on this day pots of basil or bouquets of basil are brought to the church. 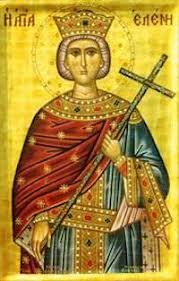 The plant was named vasilikos or basil by Saint Helen as Vasilias means King. It is a flower of royalty. This is why it is used so extensively in all church services. 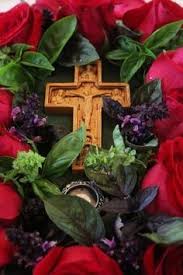 During the Church service, the Cross is placed on a tray surrounded by basil. At the end of the service, the people receive a piece of basil from the priest. They are also given holy water. The basil that is taken from the church is put in a glass of water so that roots can grow. It is then replanted so that this same plant can be taken to the church the following year on the feast day of the Holy Cross on 14th September. It is also kept on the icon stand at home as it is believed to have therapeutic powers and that it exorcises evil. The icon of the Holy Cross in the church is always decorated with basil.

Another tradition in the villages is that the sowing of the fields for the new agricultural year should not begin unless the ground has been sprayed with holy water from the Holy Cross celebrations. Also, in many agricultural areas, it is the custom to take a handful of hay and form a cross, which is then hung on the icon stand of the house. This is a form of blessing for the house. The following year, the seeds from this consecrated hay is mixed with the new seeds and the sowing begins. The local saying (Greek: παροιμία) is: Του Σταυρού σταύρωνε και σπέρνε. In other words, On Holy Cross day, make the sign of the cross and sow your field. 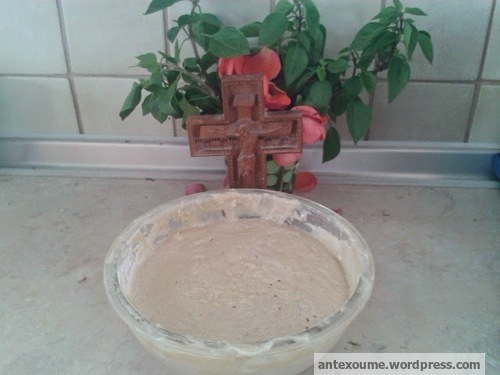 The women would also knead their first bread with the use of sourdough or leavened dough (Greek: προζύμι) and share it with their neighbours. They would use the holy water taken from the church to moisten the flour in order to make the batter. They would cover it with a tea towel and allow it to rise. 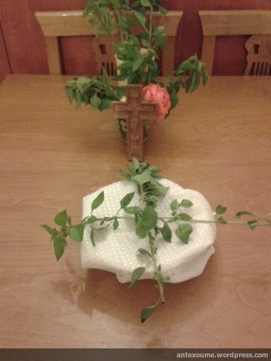 On top of the tea towel, they would put two pieces of basil in the form of a cross. Once it rose, more flour would be added to make the dough and after allowing it to rise again, it would then be kneaded to form the bread. 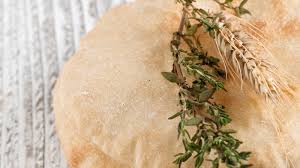