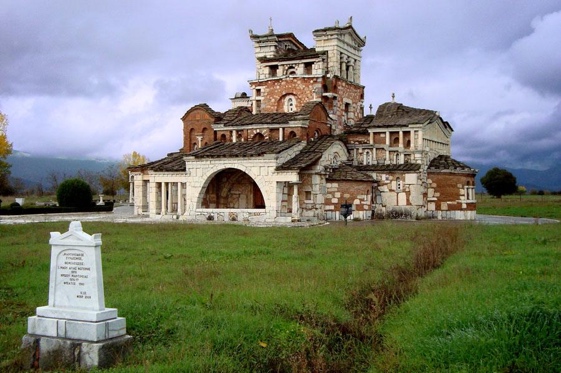 The Church of Agia Fotini in the area of Mantinea, 15 kilometres outside of Tripoli, Arcadia, is unlike any other Greek Orthodox Church as it does not have the appearance of a church either externally or internally. Its appearance is a mixture of Christian, Byzantine and Ancient Greek architecture giving a jumbled but unique appearance. It is referred to as “the second most mysterious church in the world”, after Saint-Sulpice’s church in Paris.

The church was designed by Costa Papatheodorou, architect, painter and hagiographer. He studied architecture in Vienna and Berlin and was later a student of the well-known Greek architect Dimitri Pikioni. When he returned to Greece in 1967, he began work at the Ministry of Culture. He was chosen by the Mantineian Association to build the Church of Agia Fotini in 1970 on the site opposite the plain of Ancient Mantinea where the famous Mantinea Battle took place in 362 BC between the Thebans and the Spartans to see who would dominate Greece. The church was completed in 1975 and inaugurated in 1978, by the then Bishop Theoklitos II Philippios. 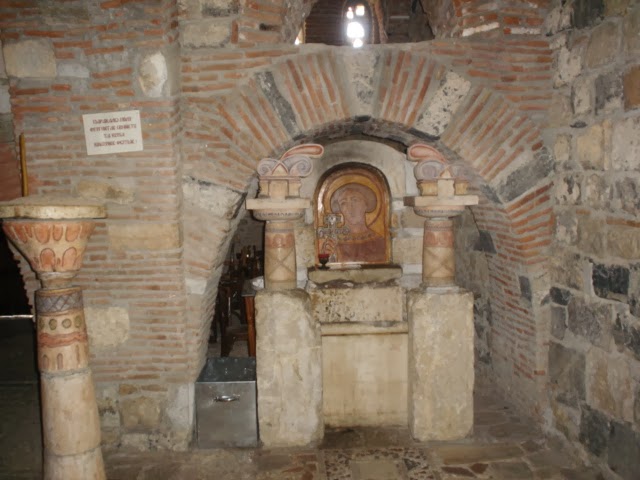 The Church of Agia Fotini expresses the philosophy of Costas Papatheodorou, which is the close relationship of Christianity and the ancient Greek world. He states that “From a young age I had a passion for religion and Ancient Greek mythology. I admired what Thales and Heraclitus said that God is in motion. The word God in Greek comes from the word θέω, which as explained by Plato means I move or I run. That is why my goal was to create a church that creates the illusion of motion. It feels like the Holy Spirit moves around its axis, God himself moves around its axis, as the church has no obvious front and back.” He goes on to say that “It was an attempt to find God, who could not be seen but could be found in His works, which were godly.” 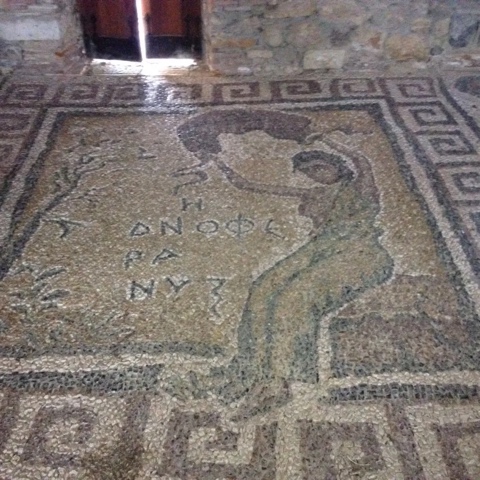 The interior of Agia Fotini has a Byzantine influence along with elements drawn from Ancient Greece and Greek culture. This can be seen in the mosaic floors and the representations on the walls. The figures of the saints, also painted by Costas Papatheodorou, have the appearance of Ancient Greek philosophers or ordinary people rather than the severe appearance of Byzantine saints. This makes them more realistic. There are mosaics of Medusa, Ariadne, Theseus, Pindar as well as references to the Greek poet Papadiamantis, merging Greek myths and heroes with Christianity.

The materials used in the construction of the church are a mixture of stone, marble, wood and terracotta without any use of cement, most of which were gathered from around Tripoli and the surrounding villages. The foundation of the church is said to be on the ruins of an ancient temple. The combination of rhythms that are used seek to be a bridge uniting civilizations. Papatheodorou lived on the site and worked alongside two local workers in order to fulfill his dream. 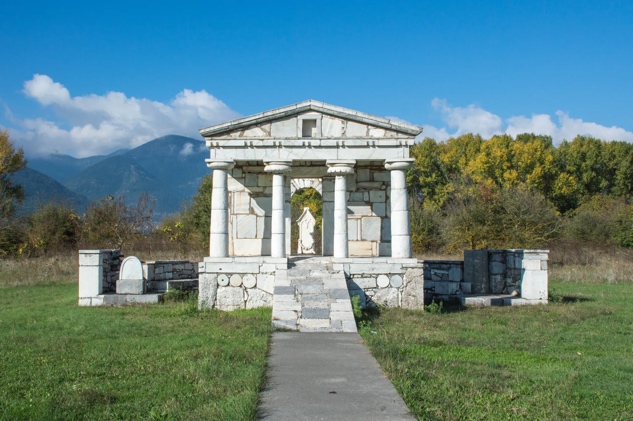 A monument dedicated to the heroes that fought for the defense of their country is found in one part of the large churchyard as well as the elegant columned fountain referred to as ‘Jacob’s well’, the well where Christ met the Samaritan woman and asked her for water. 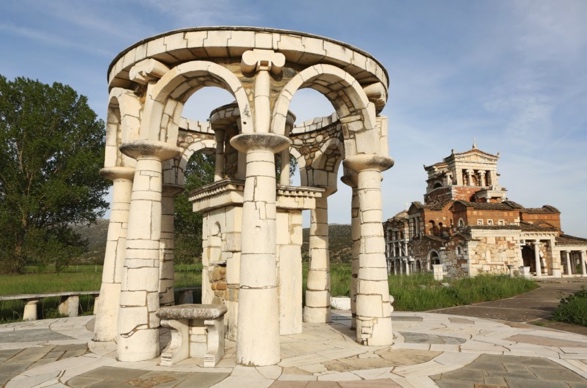 Her name was Fotini, which means ‘the enlightened one’. That is why the church has been given this symbolic name. She is considered a Holy Martyr as she was tortured on the orders of the emperor Nero and finally thrown into a well in the year 66 AD. Papatheodorou states: “I wanted to convey through Agia Fotini a philanthropic aspect, in other words, the love for our fellow human. Which means to love god first… and in order to be able to love god, we must become very small and through this humility to understand his true size”. 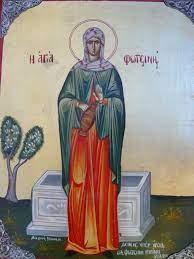 Although the church had been neglected for decades due to its un-Christian design and the differences of opinion, Agia Fotini has finally been recognized for its symbolism and for the aura that it emanates. Today, besides being a tourist attraction for the area, all religious services such as weddings and baptisms are carried out as well as the celebrating of the Name Day of Agia Fotini on 26 February.