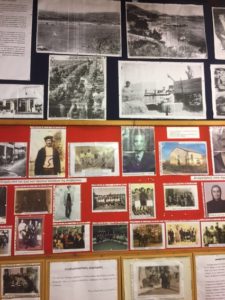 On Saturday 21 September 2019, the private Museum of Asia Minor Culture, created by Chrisostomou – Maky Agkoutoglou in the family home in Anavissos, Attiki, organised a series of events as part of the Summer Festival of Dimo Saronikou. It was the third year in succession that this annual function was organised under the title: Asia Minor Memories (Greek: Μικρασιάτικης Μνήμης). The whole-day event included a guided tour, a photo exhibition, an exhibition of utensils used in the houses as well as tools used at work in the fields and a series of videos that referred to the history of the refugees and how they came to settle in the area of Anavissos in the Municipality of Saronikou.

the Argolid Peninsula. Anaphlistos founded the township of what is now Anavissos and Sphettus the township of Sphettus, one of the twelve cities of ancient Greece in the Attica area. The site of ancient Sphettus is northwest of the township of Koropi in the Municipality of Kropia. A large number of artefacts were found in the area such as statues, amphora, necklaces etc. Many of these items were stolen and smuggled out of the country. The famous Kouroi (Greek: Κούροι), statues of two young men, Aristodikos and Kroisos, sculptured around 500-530 BC that were found in the area of Anavissos can be seen in the Archaeological Museum of Athens.

Kouros (Greek: κούρος) means youth, boy, especially of noble birth and represent nude male youths. They first appeared in the Archaic period, between 8th century BC and 480 BC, the time of the second Persian invasion. They were generally made out of marble, especially that from the island of Poros, but limestone, wood, bronze, ivory and terracotta were also used. They were generally life-sized funeral monuments or votive to sanctuaries, especially to the god Apollo. The person’s name was on the base of the statue. In the case of Kroisos there is an inscription that reads: Stay and mourn at the monument for dead Kroisos whom violent Ares destroyed, fighting in the front rank. Aristodikos was unearthed in a field in 1944 when workers went to plough the land. They took it in secret to the Archaelogical Museum in Athens on a cart covered with hay. The Museum had been emptied of all artefacts and many were buried in the ground beneath the floor of the Museum before the invasion of Athens by Germany to keep them safe.

Anavissos is close to the silver mines of Lavrio as well as the salt pans in the area next to the coast road. Both were a source of income for the refugees that came as a result of the Asi 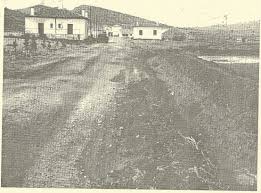 a Minor catastrophe and settled in the area on land that was given to them by the State. The mining of the salt was closed in 1969. The refugees came from all over Asia Minor, from thriving townships such as Vourla, Tsarikli, Araviso, Nigdi, Misti, Touzla, Meli, Ponto, Attalia, Erithraia, Pantichi, and many more. The The death of so many innocent people before and after the Asia Minor catastrophe has been recognised as an act of genocide towards the Greek population that lived in the area along with the genocide of the Armenian and Syrian populations.

Salt pans when in use 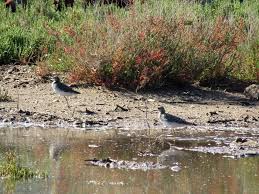 Today, the salt pan area has turned into a wetland area that many birds use on their migratory journey. It has marshy areas, temporary pools, rough grasslands and scattered brush lands. Birds such as the Ibis, Egrets, Herons, Sandpipers and Terns are just a few of the type of birds that use this wetland area.