International Greek Language Day is celebrated on February 9 annually. It was established officially by the Greek Government in 2017 after accepting the proposal made by professor Yiannis Korinthios, a Diaspora Greek in Italy. 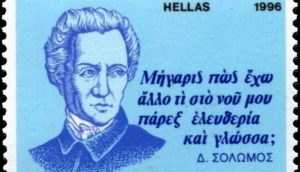 Solomos wrote: Is there anything else on my mind except freedom and language? ( Greek: νου μου πάρεξ ελευθερίΜήγαρις πως έχω άλλο τι στο α και γλώσσα?)

Freedom and language are interconnected; you cannot choose the one over the other. Without language you cannot express yourself, your thoughts or ideas. This is why the phrase ‘freedom of speech’ is so important and why Dionysios Solomos is honoured. He used the Greek demotic language, the language of the people, in the writing of his poems to inspire and to strengthen their will to fight for their freedom against the Ottoman Empire, which led to the Greek War of Independence in 1821.

“It is a language that has been spoken for forty centuries without interruption. It has also been written in the same way, using the same alphabet, for 28 centuries, and it has held on to the same spelling rules for 24 centuries,” prominent linguistics professor and former Education Minister Georgios Babiniotis has noted.

In the book, “The Legacy of the Greek Language”, edited by Dr George Kanaraki from the University of Bathurst Australia, thirty-two linguists from various countries share their research on the importance of the Greek language in the development of the languages of not only the European countries, but also many countries in Africa, the Middle East, Asia and Latin American.

Although the modern Greek language is spoken by approximately 13 million people i.e. the populations of Greece and Cyprus as well as the Greeks of the diaspora, it must be remembered that the ancient Greek language was the official language and the lingua franca throughout the ancient world for hundreds of years, spreading as far as the borders of India with Alexander the Great, continuing with the Roman Empire, the Byzantine Empire and into the modern world. It contributed to the shaping of the language, grammar and even the thoughts of various other cultures over the centuries. It is also important to understand the historical and social factors that facilitated such a contribution as we find Greek words not only in the sciences, mathematics, philosophy, and literature, but also in religion. The New Testament was written in Greek. The Greek language is ancient and yet still alive. It is not only the cornerstone that identifies Hellenism, it also connects the whole world. 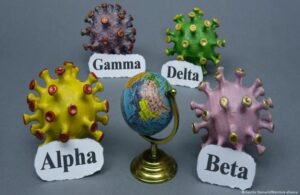 It is a living language as even today Greek words become a part of our everyday vocabulary. An example of this is the use of the word ‘pandemic’, which is being used today to refer to the spread of Covid19. ‘Pandemic’ is derived directly from Greek. It is comprised of the Greek word ‘Pan’, which means ‘all; and the word ‘demos’, which means ‘by the people’.

On the fun side of how the Greek language has influenced other languages, we have the comedy film “My Big Fat Greek Wedding” (Greek: Γάμος αλά Ελληνικά), where Gus Portokalos, a Greek migrant in Chicago, ‘baptizes’ every word Greek. 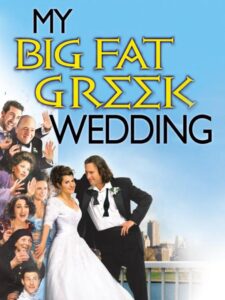 He claims that every English word is of Greek origin. Therefore, when he meets his new son-in-law, he immediately explains that the surname ‘Miller’ comes from the Greek word ‘μήλο’ (milo), which means ‘apple’. ‘So, there you are!’ 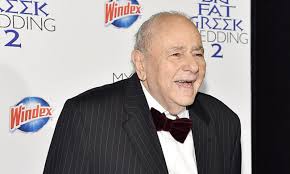 Gus Portokalos is probably right in believing this as there are over 40,000 to one million words of Greek origin in the English language, the global language of today, depending on who one speaks to. Therefore, the phrase ‘Give me a word, any word, and I’ll show you how the root of that word is Greek’ is of no surprise. Quite often when an English speaker encounters a difficulty in describing an object or an idea, he often uses the phrase, ‘The Greeks have a word for it.’

It can be said that we all use a little Greek without realizing it. This is why the Greek language is referred to as the ‘Mother of all languages’, as it has contributed a great deal in the existence and development of many other languages.

International Greek Language Day is being celebrated in schools throughout Greece as well as in the schools of the Greek diaspora, which play an important role in promoting and preserving the language. It has connected them throughout all the centuries of oppression and change because it is a living language, passed down from one generation to the next through its myths, history, literature, traditional songs, and lullabies. It is the umbilical cord that connects the Greek people with their homeland wherever they are. 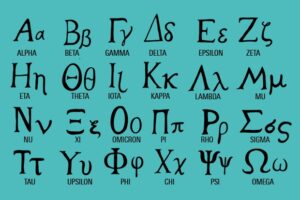