Many celebrations are associated with food. In the case of Greek Independence Day on 25th March, the custom is to eat salted cod fish along with a garlic potato dip. 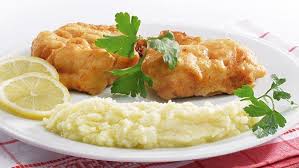 But why cod (Greek: μπακαλιάρος)? Cod arrived in Greece during the 15th century. The reason as to why it was established as the customary dish for 25th March is basically for economic and practical reasons. It was difficult for the inhabitants of the inland and mountainous areas to have access to fresh fish and therefore the salted cod was the best solution to this problem. Moreover, the fish was affordable so that everyone could buy it, even in the more isolated places. Therefore, it became the custom of the Greek people to have cod when celebrating 25th March. 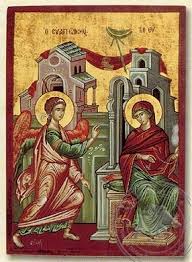 March 25th is a very significant day for the Greek Orthodox Church as it falls during the period of Lent. During this period, the Church would allow its followers to eat fish only twice. The first was on 25th March, which is the celebration of the Annunciation or Evagelismos (Greek: Ευαγγελισμός = η αναγγελία μιας χαρούμενης είδησης / the bearer of good tidings). It is the announcement by the Archangel Gabriel to the Virgin Mary that she would give birth to Jesus, Saviour of Man. This date is nine months before Christmas, the ceremonial birth of Jesus. Therefore, as it is a significant day, celebrating it with fish, oil and wine was permitted. Declaring the beginning of the Greek Revolution on this day was very symbolic to the Greek people as it raised their hopes that they would soon be free of Ottoman oppression and they would become an independent State. The day is therefore a double celebration: on the one hand celebrating the Annunciation and on the other the fight for freedom.

The second day that salted cod is eaten is on Palm Sunday, the Sunday before Easter, when Jesus entered Jerusalem on a donkey. The crowd scattered palm branches in front of Jesus as he rode through the Jerusalem. Arriving on a donkey also symbolizes peace rather than arriving on a horse, which symbolises war. Small crosses are made up of pieces of palm frond to celebrate Palm Sunday. Other trees such as olive, willow and yew substitute the palm tree depending on the area and its climate. 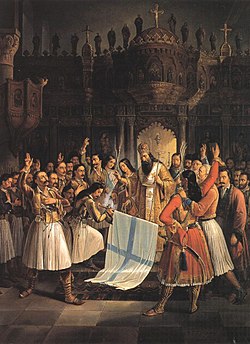 The oath for the Declaration of Independence was taken on 25th March in the Monastery of Agia Lavra in Kalavrita. It was built in 961 AD, on Chelmos Mountain at an altitude of 961 metres. It is one of the oldest monasteries in the Peloponnese. Bishop Germanos of Patra administered the oath to the Peloponnesian fighters and raised the revolutionary flag that became the symbol for the fight against Ottoman oppression and led to the independence of Greece.

Therefore, the custom of eating salted cod on this day is linked to the celebration of the Annunciation as well as to the beginning of the revolution against Ottoman oppression and the independence of Greece.