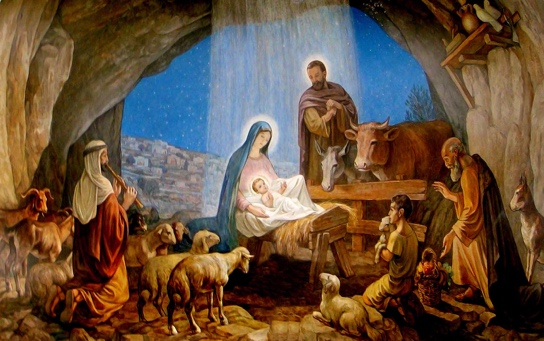 Christmas is the time of year that everyone looks forward to. It’s a time of giving and family gatherings. It marks the end of another year and the beginning of a new one. The birth of Jesus Christ gives people the feeling of hope and renewal. It is like the shining star over Bethlehem that guided the Three Wise Men to the stable where Jesus lay in the manger.

The Christmas period in Greece can be divided into three parts: Christmas Day, New Year’s Eve and Epiphany. Before Christmas Day there is a fasting period of 40 days, beginning on 15 November until 24 December where the people go to church for Holy Communion. On the morning before Christmas, children go from house to house singing Christmas carols or Kalanda (Greek: Κάλαντα). In the past they would be given nuts or sweets, but now they are usually given a small amount of money. Carols are sung on the morning of New Year’s Eve and on the morning before Epiphany.

The word kalanta comes from the Latin calenda, which means the beginning of the month. The kalanta are usually accompanied by a triangle, but other musical instruments such as an accordian, a lyre and even a harmonica are used. When they knock on the door they say, Να τα πούμε; (Shall we sing?). When they finish, they leave with the wish Και του χρόνου. Χρόνια πολλά. (Many happy returns. Many years to come.) 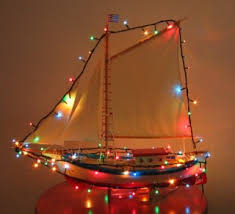 The usual type of decorations for Christmas, especially on the islands, was a sailing boat as Greece is a sea-fairing country and Saint Nicholas, whose Name Day in on 6th December is the patron saint of the sailors. In the northern parts of Greece, branches from trees such as yew (Greek: πουρνάρη) were decorated. Also, the best logs of either pine (Greek: πεύκο) or from an olive tree (Greek: ελιά) would be placed in the fireplace to burn for the twelve days of Christmas from Christmas Day to Epiphany. This wood is called Christoxilo or Jesus’ wood (Greek: Χριστόξυλο). The ashes would be kept to protect the house and the fields. 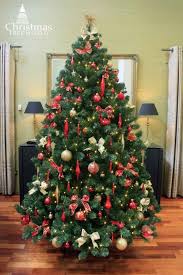 King Otto introduced the custom of decorating a tree, usually fir, when he became king of Greece in 1833 after Greece gained its independence from Ottoman rule. The Greeks found this practice foreign to their customs and did not actually adopt it until after the 1950’s. 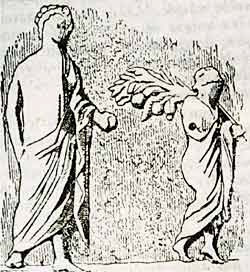 However, the custom of decorating a tree goes back to ancient Greece. This custom was called Eiresioni (Greek: Ειρεσιώνη) . It comes from the word είρος (έριον=μαλλί=wool). A branch of a wild olive tree would be decorated with white and red ribbons and the first autumn agricultural products such as figs, walnuts, almonds, chestnuts, cereals and oil. Fruit such as apples and pears would not be included. Children whose parents were both alive would take it through the streets on the seventh of the Pyanopsia festival, dedicated to the god Apollo. He was the god of music, poetry, truth, prophecy, the sun and light, healing but also plague.

The Pyanopsia (Greek: Πυανέψια = pyanos = πυανός = bean + hepsein = έψειν = to boil = bean stew) were from 23 September to 22 October. The children would sing the kalanda and the housewives would give them sweets or nuts. They would hang the Eiresioni on their front door where it would stay until the following year. They would then take it down and burn it and decorate a new one for the new festival.

This custom was continued during the Byzantine period and various types of trees were decorated such as rosemary (Greek: δεντρολίβανο) and myrtle (Greek: μυρτιά). The use of the word dentrolivano (Greek: δενδρολίβανο = rosemary) has survived in the New Year’s Eve carols: Αρχιμηνιά κι αρχιχρονιά ψηλή μου ΔΕΝΔΡΟΛΙΒΑΝΙΑ. (The beginning of the month and the year, my tall rosemary). 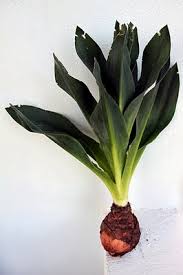 Another plant that is connected with Greek customs is the wild onion (Greek: αγριοκρεμμύδα). It is usually hung on the front door of the house to ward off evil and for good luck. This plant goes back to ancient Greece and it is said that the ancient Greek mathematician and philosopher, Pythagoras (Greek: Πυθαγόρας), would always have a wild onion hanging on his front door to ward off the evil spirits. Also, a pomegranate (Greek: ρόδι) was broken on the front step of the house on New Years Day as it was thought that it brings good luck and prosperity as it has from 200 to 1,400 seeds. After World War II, other plants were added as part of the decoration. One such plant was mistletoe (Greek: γκι), holly (Greek: λιόπρινο or ου) and poinsettia (Greek: αλεξανδρινό) with its green and red foliage. The poinsettia is also known as the Christmas Star because of the shape of its leaves.