Throughout Greece there are many traditions and customs to celebrate the Twelve Days of Christmas. There are many similarities in these celebrations, but just as many differences. However, the main idea in all these celebrations is the passing of the old and the coming of the new; the re-birth of nature and wishes for health, happiness and prosperity. 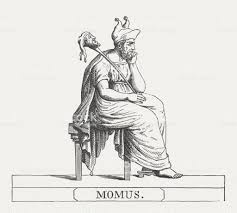 s, but the Olympian Gods as well. Momus (Greek: Μώμος) the ancient Greeks god, symbolised such events. He is pictured holding a staff that ends in a woman’s head. He was the god of satire, mockery, poets, writers, blame and criticism. He was the son of Nyx (Night), (Greek: Νυξ) and Erebus (Darkness), (Greek: Έρεβος). His twin sister was Oizys (Greek: Οϊζύς), the goddess of Misery. This is how we get the English word misery, from the Latin Miseria, the Roman goddess of misery, worry and distress.

Momus tried to find fault in just about everything and ridic

uled and criticized it in order to make the person feel foolish. He even mocked the Olympian gods. Zeus himself did not escape his ridicule, mocking him for being violent and for lusting after so many women. The only goddess who escaped his ridicule was the goddess Aphrodite, goddess of love and beauty. The only fault he could find was her squeaky sandals. Also, he could not find fault with the life-size nude statues made by the sculptor Praxiteles as they were perfect. Momus actually remarked: Momus himself will cry out, Father Zeus, this was perfect still.

Momus is also associated with writers and poets. Sophocles, the ancient Greek tragedian, wrote a satyr called ‘Momus’, a part of which only exists. The satyr plays are tragicomedies fu

ll of drunkenness, sexual references and other forms of merriment. The character of Momus is found in many of the plays of the 17th and 18th centuries. He is even found on an 18th century playing card.

During the Twelve Days of Christmas and New Year, which ends with the blessing of the waters on Epiphany Day, January 6, there are many local traditions that involve merry-making, teasing and exorcising the bad spirits from the house in order to welcome the good luck of the New Year. One such cultural event (Greek: δρώμενα) is the Momogeri event. Many parts of Macedonia, in townships such as Kozani (Greek: Κοζάνι) and Kastoria (Greek: Καστοριά) and the villages around them, live through a period of merry- making. The Momogeri, accompanied by musicians playing clarinets, lyres and drums, go through the streets and visit households teasing, singing and dancing. They are served traditional food, sweets and drinks as they give their wishes for health, happiness and prosperity (Greek: υγεία, ευλογία και καλοχρονιά). 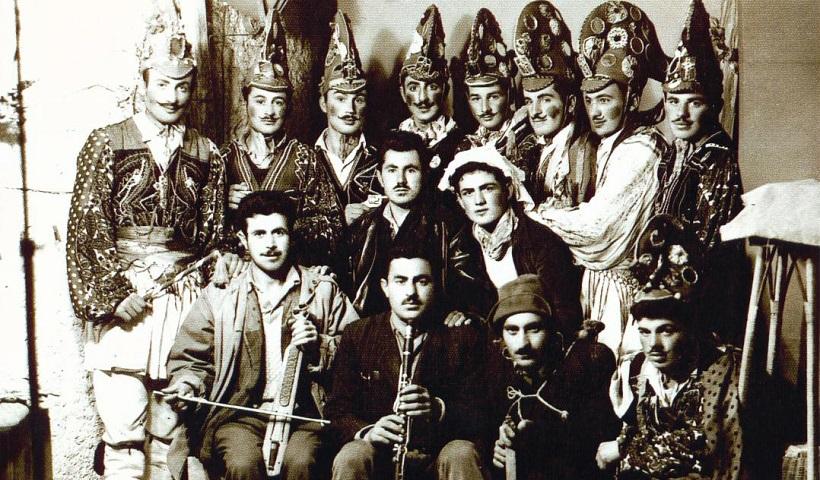 Momogeri (Greek: Μωμόγεροι) is a compound word of ‘mimos’ and ‘geros’ – (Greek: μίμος and γέρος = mimicking the elderly). This ancient Greek tradition was brought to the area by the Pontian Greeks who had come to Greece in 1923 under the population exchange agreement with the Ottoman Turks after the Asia Minor catastrophe in 1922 when Greece was defeated outside Ankara. The Pontians lived on the coast of the Black Sea in such cities as Trapezounta, Sinope, etc. The troupe of Momogeri mimick the elderly and tease the passerbys. 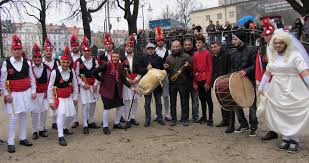 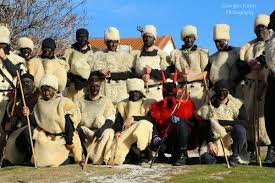 A similar event in the area of Drama is the Kiti Gotsa (Greek: Κίτι Γοτσά). Here the protagonists get dressed in animal skins such as wolves and goats while others are dressed in ordinary clothes with swords and masks of elderly people. The main characters are the bride, the elderly groom and the fool. An ‘old woman’ also takes part. They are all males.The highlight of the event is when the fool steals the bride from the elderly groom. This symbolises the passing of the old year and the coming of the new.