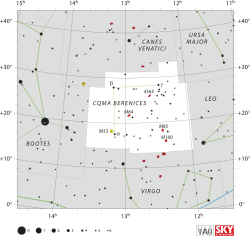 Most of the constellations in our sky form patterns that represent mythical people, animals or creatures. Many of them are connected with ancient Greek mythology. However, Coma Berenice is the only constellation named after a historic person: that of Queen Berenice II of Egypt. 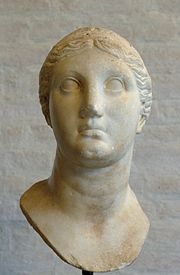 Queen Berenice was the ruling queen of Cyrenaica from around 250 BC. Today, this area is the eastern part of Libya. The city of Cyrene was formerly an ancient Greek city near present-day Shahhat. It was one of the oldest and most important five cities that the ancient Greeks had established in the area and which were all later taken over by the Romans. The name ‘Cyrenaica’ is from the name of the city ‘Cyrene’ (Greek: Κυρήνη), named after the spring Kyre, which the Greeks had dedicated to Apollo, the Sun god. With the marriage of Queen Berenice and Ptolemy III Euergetes of Egypt (Greek: Ευεργέτης, the Benefactor), which took place around 245 BC., the two kingdoms were united and therefore became bigger and stronger.

During this period, a series of six wars, known as the Syrian Wars, were being fought between the Ptolemaic Kingdom of Egypt and the Seleucid Empire of Syria. Both were Hellenistic dynasties formed by the former companions and generals of Alexander the Great after his death in 323 BC. The great empire that Alexander the Great of ancient Greece had established, was divided between his generals. Ptolemy I Soter established the Ptolemaic dynasty in Egypt with the capital in Alexandria in 305 BC. It lasted until 30 BC with the death of Cleopatra VII. Seleucus I Nicator established the Seleucid Empire in Western Asia with the capital in Babylon in 312 BC until 63 BC. Both Alexandria and Babylon flourished as Hellenic centres of intellect, culture and science. These empires were eventually taken over by the expanding Roman Empire.

During the Third Syrian War, Berenice had vowed to dedicate her beautiful long hair to the goddess Aphrodite, the ancient Greek goddess of love, beauty, pleasure, passion and procreation if her husband, Ptolemy III Euergetes returned safely to her. She placed her hair in the temple of Arsinoe II at Cape Zephyrion at the eastern end of the harbour in Alexandria, where Arsinoea, a former queen of Egypt, was worshiped as Aphrodite Euploia (Aphrodite of the good-sailing). 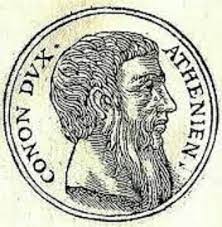 By the next morning, the tresses had disappeared. Conon of Samos (Greek: Κόνων ο Σάμιος, 280-220 BC), an ancient Greek astronomer, mathematician and geographer, who was serving in the court of Ptolemy III, claimed that Berenice’s tresses had been taken from the temple by Aphrodite and placed among the stars. He named this cluster of stars Coma Berenice (Berenice’s Hair). In this way he immortalised Berenice and also secured his court position.

Callimachus (Greek: Καλλίμαχος), an ancient Greek poet living in Alexandria and a friend of Conon, wrote a poem called the Lock of Berenice. It was part of an aetiological poem called Aetia (Greek: Αιτία – the cause for something to happen). The collection was divided into four books, thought to have been written between 270 and 240 BC. The Lock of Berenice is found at the end of the fourth book. Callimachus relates how Queen Berenice sacrificed her beautiful hair as a votive offering to express her gratitude for the safe return of her husband and how it became the constellation Coma Berenice. Years later, a translation of this poem inspired the early 18th century poet, Alexander Pope, to write The Rape of the Lock, a mock-heroic narrative poem (first published in May 1712), referring to the lock of hair that Lord Petre had cut from the hair of his fiancé, Arabella Fermer, an act that was looked down upon by the society in those days. Below are the first two verses of the poem. 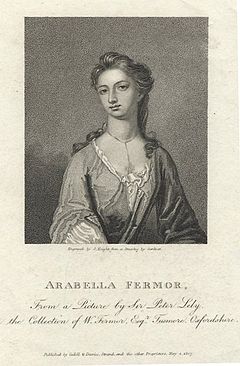 I sing—This verse to Caryl, Muse! is due:

This, ev’n Belinda may vouchsafe to view:

Slight is the subject, but not so the praise,

If she inspire, and he approve my lays.

O say what stranger cause, yet unexplor’d,

Could make a gentle belle reject a lord?

In tasks so bold, can little men engage,

And in soft bosoms dwells such mighty rage?

More recently, a very interesting book called Coma Berenice (Greek: Η Κόμη της Βερενίκης) was written by George Grammatikakis, Professor of Physics and former Rector of the University of Crete. A documentary series called Searching for Berenice was broadcast on Greek National TV in 1998 based on his book.