There is always a story behind the people and the company they set up and how it develops over time. In Greece it began when Spyridon Pavlidi opened his pastry shop in 1842 at the intersection of Vissis and Aeolou Street in Athens, in the heart of the Athenian shopping area of the time, which is just as lively today. The traditional syrup sweets such as kataifi, baklava, various flavours of loukoumia and of course spoon sweets made from various fruits in season were served. The pastry shop was also a meeting place for the upper class of Athens.

However, Spyridon Pavlidi wanted more than that for his shop and so he began travelling to Europe and attending exhibitions in order to discover new machinery as well as new ingredients that could be used in the making of sweets. That is where he discovered the world of cocoa, a product that was unknown in Greece at that time. He therefore tried to find out as much as possible about this product that was also being used as a beverage as well as for the making of chocolates.

In 1852 he founded the Confectionary Workshop where he cut the cocoa with a coffee grinder that he had imported from Poland in order to make hot chocolate drinks, which he served in his pastry shop the way in was done in the rest of Europe. Only those that could afford it were able to partake of such a drink. It was an expensive treat.

A few years later, in 1860, he travelled to Paris and brought back the first handmade chocolate maker with which he made the first bar of health chocolate that became known as ‘Pavlidis Ygeias Chocolate’ (Pavilidis Health Chocolate / Greek: Σωκολάτα Υγείας), which won the first gold medal at the exhibition in Paris in 1865. It has won many awards since then and remains the tradesmark of the company up to now. 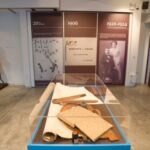 Approximately ten years later, in 1876, the Pavlidis chocolate factory was established on Pireaus Street in the suburb of Petralona. At first, chocolates were considered a luxury item because of the cost, but as production and advertisement increased, the cost decreased and more people were able to enjoy this unique product. However, during World War II, chocolate production was stopped and the factory was forced to produce pharmaceutical materials.

Besides producing various types of chocolate bars, other products such as chocolate wafers and chocolate spreads were also introduced; the best known is that of Miranda. In 1890, the management of the company was passed on to the son of Spyridon, Dimitrios Pavlidis. In 1951, it was taken over by the great grandson of Spyridon, Dimitrios Pavlidis. A new unit was built in Oinofita, Attikis. In 1974, bars of milk chocolate such as Lacta were introduced as well as the luxury Joconda chocolates with whole pieces of hazelnut. The company was later sold to Kraft Foods Inc., which in turn was renamed Mondelez International in 1991. 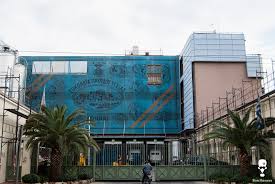 To celebrate the 150 years of the company’s existence, a Chocolate Museum was opened behind the main entrance of the factory in Athens in January 2011. Visitors can see the development of the chocolate industry, historical exhibits, and banners. Various educational activities have also been organised for children. More than 15,000 people visited the Museum over a period of three days of its opening.

Despite all the changes that have taken place, the high quality of the chocolate products can still be enjoyed by all as the company continues to operate based on the timeless values and long-standing tradition of the founder of the company. It is the longest standing chocolate company in Greece and has been honoured with many awards and medals for the quality of its products over the years. 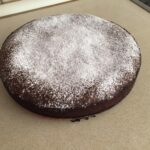