In January of 1822, when the Big Powers of Europe (England, France and Russia) were regarding the Greek Revolution for Independence against Ottoman rule with suspicion, waiting for it to collapse, Haiti, a small island republic in the far away Caribbean Sea, became the first country to recognize the independence of Greece. This fact is often overlooked. However, this year, as part of the bicentenary celebrations that mark Greek Independence, Haiti will be honored for its contribution in the fight for freedom. 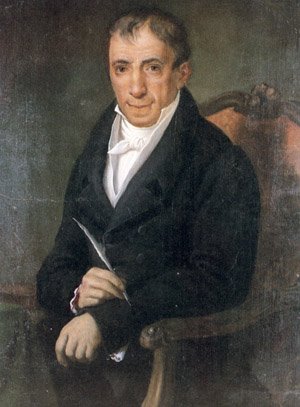 Haiti, a former French colony, was one of the first countries where the slaves rose and threw off French domination, gaining its independence in 1804, after twelve long years of fighting. Jean-Pierre Boyer (1776-1850) was one of the leaders of the Haitian revolution and President of Haiti from 1818 to 1843. Adamantios Korais, academic and significant political figure as well as a member of the Greek Committee of Paris, sent a letter to the international society for the support of the Greek Revolution that had begun on 25th March 1821, the day of the Annunciation of Theotokos, a symbolic day for all the Greek Orthodox people. It is the day when the Archangel Gabriel informed Virgin Mary that she would be the mother of Jesus. Adamantios Korais, in his letter towards Jean-Pierre Boyer, expressed his admiration for the determination and bravery of the former slaves against French rule, which led to their freedom, and asked for financial and military support. 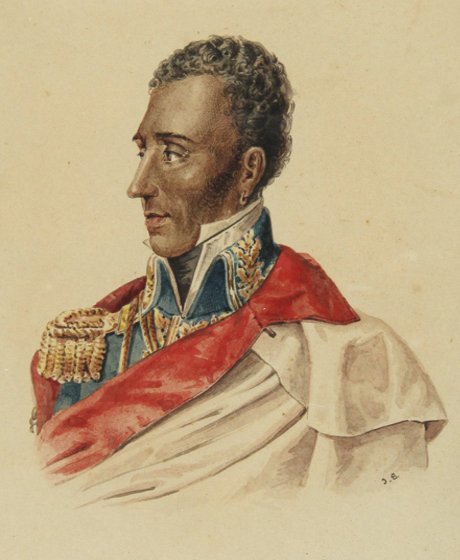 President Boyer responded immediately to the plea for support, expressing his admiration for the Greek people and his support of their revolution. However, Haiti was in no position to help Greece financially. France had ensured that the newly independent country could never succeed by imposing harsh debt payments to compensate French slave owners. The only thing that could be done was for President Boyer to send over 25 tons of Haitian coffee, one of the most sought-after commodities of the time, to be sold for the Greek cause. It could be sold to buy arms for the “descendants of Leonidas”. A number of volunteers from Haiti also made the long journey to fight along with the Greeks.

The letter by President Boyer to Adamantios Koarais begins with the phrase, “To the citizens of Greece.”

“Before I received your letter from Paris, dated last August 20, the news about the revolution of your co-citizens against the despotism which lasted for about three centuries had already arrived here. With great enthusiasm we learned that Hellas was finally forced to take up arms in order to gain her freedom and the position that she once held among the nations of the world. Such a beautiful and just case, most importantly, the first successes which have accompanied it, cannot leave Haitians indifferent, for we, like the Hellenes, were for a long time subjected to a dishonorable slavery and finally, with our own chains, broke the head of tyranny.

Wishing to Heavens to protect the descendants of Leonida, we thought to assist these brave warriors, if not with military forces and ammunition, at least with money, which will be useful for acquisition of guns, which you need. But events that have occurred and imposed financial restrictions onto our country absorbed the entire budget, including the part that could be disposed by our administration. Moreover, at present, the revolution which triumphs on the eastern portion of our island is creating a new obstacle in carrying out our aim: in fact, this portion, which was incorporated into the Republic I preside over, is in extreme poverty and thus justifies immense expenditures of our budget. If the circumstances, as we wish, improve again, then we shall honorably assist you, the sons of Hellas, to the best of our abilities.

Citizens! Convey to your co-patriots the warm wishes that the people of Haiti send on the behalf of your liberation. The descendants of ancient Hellenes look forward, in the reawakening of their history, to trophies worthy of Salamis. May they prove to be like their ancestors and guided by the commands of Miltiades, and be able, in the fields of new Marathon, to achieve the triumph of the holy affair that they have undertaken on behalf of their rights, religion and motherland. May it be, at last, through their wise decisions, that they will be commemorated by history as the heirs of the endurance and virtues of their ancestors.

Greece has never forgotten the moral support and recognition given to her by the people of Haiti through President Boyer. Therefore, when a disastrous earthquake hit the country in 2012, killing over 300,000 people and leaving over a million homeless, Greece was one of the first countries to send help. Despite Greece’s difficult economic situation at that time, over 200,000 euros, 25 nurses, doctors and rescue workers as well as necessary medical supplies were sent. A massive charity project was also organized by the Greek Orthodox Church, which collected funds and items that were sent to help the people of Haiti.

The name ‘Haiti’ is from the indigenous Ay-ti, which means land of the mountains, referring to the whole island. Christopher Columbus renamed it ‘La Isla Espanola’ (The Spanish Land) when he arrived in 1492. This later evolved into the name ‘Hispaniola’ for the whole island. The island consists of two parts: Haiti in the west and the Dominican Republic in the east. 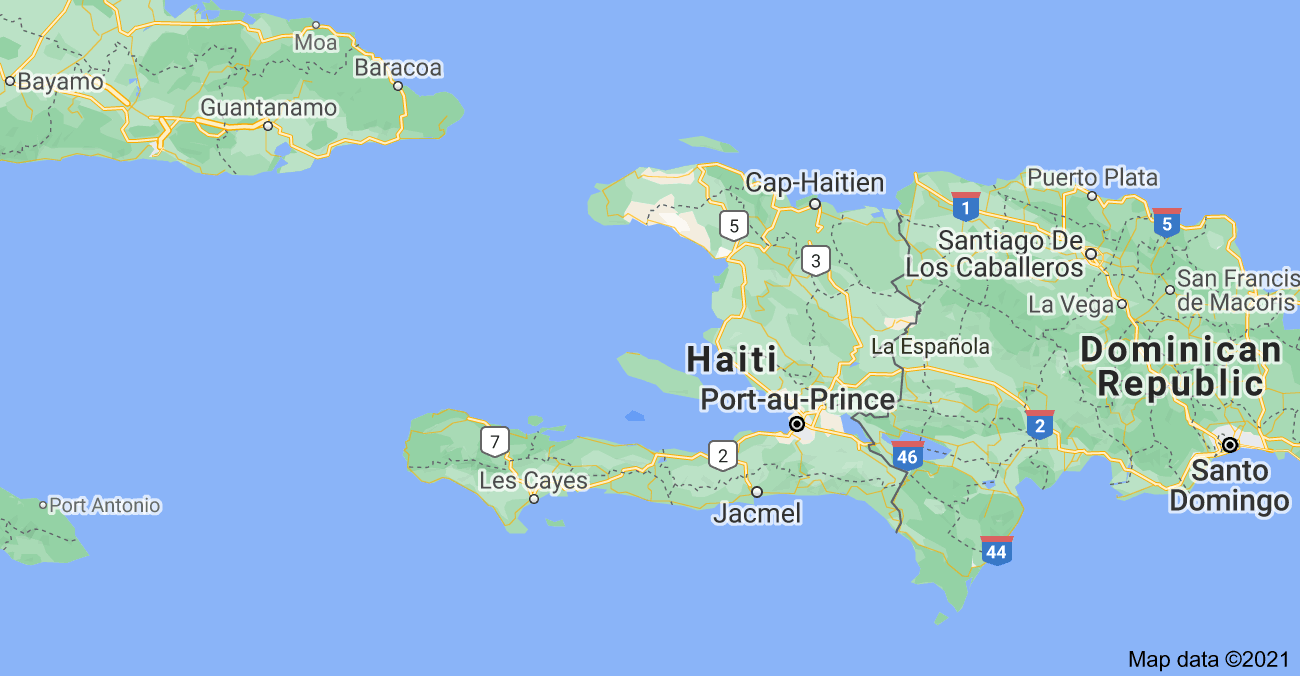