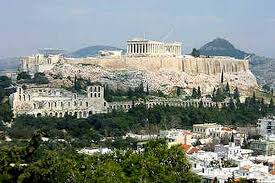 The landmark of Athens is of course the Acropolis on which the Parthenon, the temple dedicated to the goddess Athena and patron of Athens, is found. However, there are many ‘hidden’ areas all around Athens that even many locals are not aware of let alone the visitors.

One such area is the Hymettus mountain range that surrounds Athens. We see it every day, but few of us have actually walked it. Hymettus stretches 16 km from Athens to the Saronic Gulf and is 1,026 metres high. 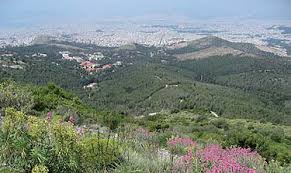 It influences the climatic conditions of Athens and that is why it is often referred to as ‘Trelos’, which means ‘crazy’. The name is probably derived from the French phrase ‘tres long’, meaning ‘elongated’. The name was used by the French in the 15th and 16th centuries when referring to Hymettus. It is easy to understand how it became ‘Trelos’ in Greek.

During antiquity, Hymmetus was a place of worship as excavations have revealed sanctuaries dedicated to Zeus, king of the Olympian gods, and his son Apollo, god of music, poetry, healing, the sun, prophecy and many more characteristics. One of the most important temples to be built on Hymettus is that of Ombrios Zeus (Greek: Όμβριο Δίας – Rain-giver Zeus). Thi 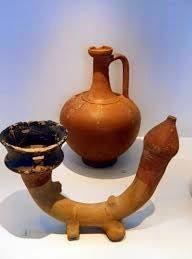 s temple dates back to the 8-7th century BC based on the inscriptions of dedication towards the god that were on the shells and cups that were found there and especially on a particular type of drinking cup which had a phallic handle. These objects were made in Athens at this period in time. In the same area is the temple of Proopsiou Apollo (Greek: Προόψιου Απόλλωνα) on which the church of Prophet Elias has been built.

One of the paths through Hymettus is the Sphettia Way or Road in the area of Ntouka Creek at a height of 454 metres, the lowest point between the hilltops of the church of Prophet Elias and Mavrovouni (Black Mountain). It was the shortest way connecting Koropi to Athens, Glyfada and other parts of the Attic basin. The path began at the columns of Olympian Zeus in Athens and was used up until around 1950 to transport goods such as vegetables, grapes, hay and other items on donkeys from the Koropi area to the city of Athens. Students attending university or high school would also take this path as a shortcut to and from Athens to their villages. Sphettus (Greek: Σφηττός) was an ancient settlement of the Akamantithes tribe (Greek: Ακαμαντίδα φυλή), one of the twelve tribes in the Attic area that Theseus, king of Athen 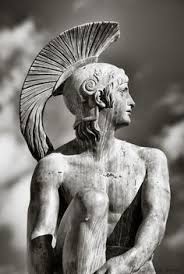 s, united under his rule. According to Pausanias, a Greek traveller and geographer who lived in the 2nd century A.D., the city was named after the hero Sphettus, the grandson of Pelopa and son of Troizina. The township was represented in the ancient parliament (Greek: Βουλή) from 508 – 127 BC, which Theseus established so that all twelve tribes had a say in the way the city of Athens and the outlying areas were run.

It is said that King Pallas, who ruled over the area of Mesogia (Greek: Μεσόγεια), the area around today’s Sparta, east of Hymettus, along with his 50 sons (Greek: Παλλαντίδες – Pallantides) and other soldiers, marched towards Athens against Theseus (Greek: Θησέα) in order to overthrow him and take his throne. They advanced in a circular movement. Some walked through Demo Sphettus from the Hymettus fork at the Ntouka Creek and others from the Gargitto area, today’s Stavro at Agia Paraskevi (Greek: Σταυρός, Αγία Παρασκευή). The area of Koropi and the surrounding suburbs make up today’s Kekropian Municipality.

Ancient Sphettus is 3 km north-east of today’s township of Koropi, in Demo Kropias (Greek: Δήμο Κρωπίας), under the Church of Christ. The acropolis of Sphettus is wit 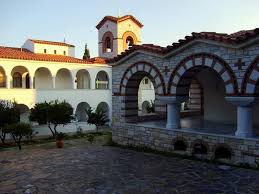 The hiking path of the Sphettus Way is also a popular activity for locals as well as for visitors. This historical path links the past with the present. Those of us that have the opportunity to walk it will be taken back in time when heroes walked the land. You will walk through a beautiful pine forest with wild flowers and a breathtaking view of Athens and the Saronic Gulf.