The heroes in Ancient Greek mythology had a distinguished place in the tales, traditions, poetry and literature of the people as they had the special powers and superhuman talents that the ordinary person did not have. These special people were endowed with beauty, physical strength and special qualities. The word hero in ancient Greece did not only refer to a fearless and brave mortal, but it also expressed the honour and respect that was his due in his fight against evil and injustice. The heroes were usually of divine descent with the union between a mortal and a god or goddess. They in turn became demigods according to their contributions through the adventures and the labours that they undertook. 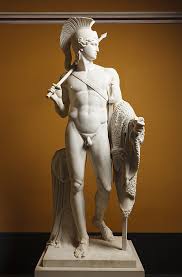 One such hero in the pantheon of ancient Greek heroes is Jason. He was sent on the quest for the Golden Fleece by Pelias, who had overthrown Aeson, Jason’s father and rightful heir to the throne of Iolcus. This epic narrative was current in the time of Homer in the 8th century BC. Apollonius of Rhodes (Greek: Απολλώνιος Ρόδιος), who served the Ptolemies of Egypt as a scholar and libranian at the library of Alexandria, also tells the story of Jason and the Argonauts in the first half of the 3rd century B.C.

The story of Jason begins in the beautiful city of Iolcus which had been built by king Critheas (Greek: Κρηθέα) in the southern part of Thessaly, near today’s city of Volos (Greek: Βόλος). Crithea married Tyro (Greek: Τυρώ) and had a son, Aeson (Greek: Αίσωνα). When Crithea died, Poseidon, god of the sea, saw Tyro and fell in love with her. From their union, a son was born whom they named Pelias (Greek: Πελίας). Therefore, Aeson and Pelias had the same mother, but different fathers. They were half-brothers.

When Aeson grew up, he became king of Iolcus and married Polimidi (Greek: Πολυμήδη). The happy couple had a son whom they named Jason (Greek: Ιάσων). However, their happiness did not last long because Pelias, who was evil and envious of Aeson’s happiness, overthrew him and became king of Iolcus. In order to console Aeson, Pelias promised that when his son Jason was old enough, he would become king. The oracle, Pythia, prophesized that Pelias would be overthrown by a man wearing only one sandal. This prophecy would set off the series of adventures that make up the epic story of Jason and the Argonauts. 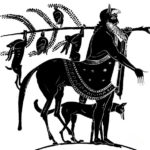 As Aeson was unable to do anything to change the situation, he entrusted Jason into the hands of Chiron (Greek: Χείρωνα) the centaur, who lived in a cave in Iolcus. The centaurs had the body of a horse and the head of a man. Chiron, the son of the god Cronus, was very charismatic. He was kind and wise and was able to give the best education to Jason. When Jason turned eighteen, Chiron told him the truth concerning the throne of Iolcus. Jason was now ready to confront his uncle Pelias and claim the throne as the rightful ruler of Iolcus.

On the way to Iolcus, he reached the bank of a river where an old woman sat. She was not able to cross it as it was very deep. Jason lifted the old woman in his arms and carried her across the river. To his surprise, the old woman suddenly changed into a beautiful maiden. She was the goddess Hera, wife of Zeus, king of the Olympian gods. Hera promised to stand by Jason and help him in any difficult situation for the help that he had given her. 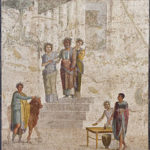 As Jason continued his journey for Iolcus, he realised that he had lost one of his sandals while crossing the river. Therefore, when he finally reached the city and presented himself to king Pelias, he was wearing only one sandal. When Pelias saw this, he remembered the prophecy given to him by the oracle Pythia (Greek: Πυθία): Beware of a person wearing one sandal. 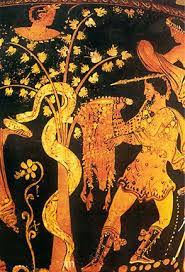 Pelias welcomed Jason to his palace, but when he was reminded of his promise, he told Jason that in order to be given the throne, he would have to show that he was worthy of it. Jason would have to undertake a great feat – to bring back the Golden Fleece from far away Colchis, modern day Georgia, on the eastern shore of the Black Sea or Euxinus Pontos (Greek: Εύξεινος Πόντος). It means hospitable sea. This was not only a dangerous venture, but virtually impossible to achieve as the Golden Fleece was guarded by a never-sleeping serpent that was coiled around the trunk of the tree where the Golden Fleece had been hung. The fleece was from the ram that had carried Phrixus and Helle, the children of Athamus, king of Orchomenus, to far-away Colchis. The fleece was a symbol of authority, power and kingship. 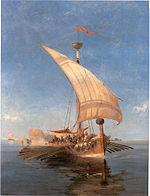 Jason began to prepare for his expedition to Colchis (Greek: Κολχίς). He asked Argus, a very experienced shipbuilder, to build him a sturdy boat with 50 oars. It was the biggest boat that had ever been built, but also very light so that it could be carried overland if necessary. The boat was named Argo after the ship builder. Argo (Greek: Αργώ) means full of light, quick (Greek: φωτεινό, γρήγορο). Argus had the help of the goddess Athena, the goddess of wisdom, handicraft and war. She gave him a branch of the holy oak tree from the township of Dodoni to put on the bow of the boat. This sacred branch could actually speak and therefore could warn Jason and his companions if they were in danger.

The goddess Hera, as she had promised, helped Jason assemble a crew of 50 f 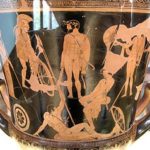 rom all parts of ancient Greece to man the 50 oars of the boat. The crew were heroes such as Heracles, Theseus, the Dioskouri Castor and Pollux, Philoctetes, Telamon, Orpheus with his magic lyre, and even the winged Boreads, Calais and Zitis, sons of Boreas, the North Wind. The Boreads are connected with the Strofades islands in the Ionian Sea.

The Argonaut Expedition (Greek: Αργοναυτική εκστρατεία) took Jason and the rest of the heroes from the city of Iolcus on mainland Greece through the Straits of the Dardanelles, the Bosporus and on to Colchis on the Black Sea. He returned to Iolcus via the Danube River, down to Italy, Sicily, Libya in North Africa, up to Crete, Santorini and Aegina where to king Pelia’s dismay, Jason was able to present him with the Golden Fleece and therefore claim the right to the throne of Iolcus. 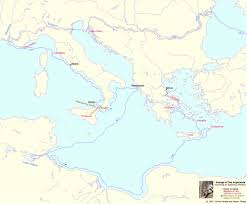