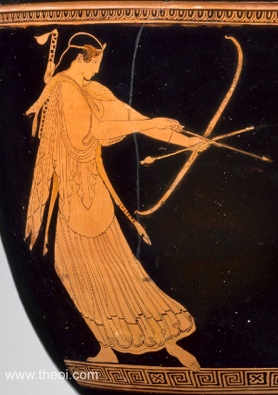 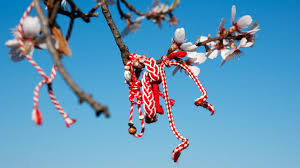 March is the third month of the year in the Gregorian Calendar. In the Roman Calendar it was the first month of the year as it was the first month of spring. It was named after Mars, the God of War. In the Attica Calendar, it was named Elaphebolion (Greek: Ελαφηβολιών) and was dedicated to the Goddess Artemis, the huntress. The Athenian months were named after gods and festivals. In this case, after Artemis Elaphebolis (Deer hunter). She was offered elaphoi (stags, deers) in the form of stag-shaped cakes made of dough, honey and sesame seeds. 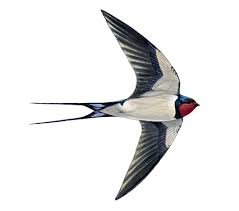 There are many traditions associated with March. One of the best known traditions is the making of bracelets out of red and white thread, which is tied around the right wrist and left ankle. This is to protect the person from the sun’s strong rays after the weak sunlight of the winter months. The bracelet is called Marti and is worn throughout the month of March. In some areas, at the end of the month, this bracelet is placed on rose bushes so that they can have an abundance of roses as well as allowing the swallows

(Greek: χελιδόνια – helidonia) that herald the coming of spring, to use the bracelet in the rebuilding of their nests. It is considered good luck to have a swallow’s nest, usually built in a protected part of the house. To celebrate the coming of the swallows, the children would go from house to house singing the swallow’s song and collecting eggs. What characterises the swallow is its scissor-shaped tail. 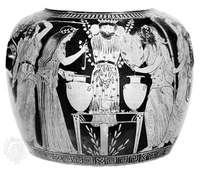 The custom of the bracelet goes back to ancient Greece and the Eleusinian Mysteries where the followers would tie a red and white thread, Kroki, on their right wrist and left ankle. The Eleusinian Mysteries (Greek: Ελευσίνια Μυστήρια) were initiation ceremonies to accept new members into the cult that was held every year in Eleusis in honour of the goddess Demeter (goddess of agriculture, harvest, fertility and sacred law) and her daughter Persephone. Persephone had been abducted by Hades and taken to the underworld, but after coming to an agreement with Zeus, she was allowed to return to the upper world and join her mother, Demeter, each spring. This symbolises the return of the earth to its former prosperity completing the cycle of the seasons.

Some interesting saying concerning March are:

Μάρτης γδάρτης και κακός παλουκοκαύτης – March is so cold it forces us to burn even the wooden stumps from fences to keep warm.