The name Zea comes from the name of the ‘golden’ grain, which Homer frequently refers to in his ‘Odyssey’. Even the Egyptians considered the grain Zea superior to the grains of wheat and barley. It is the oldest type of cereal with very high nutritious value.

Zea is also the name of one of the three natural ports of Pireaus that was used as a dockyard area for the triremes of the Athenian fleet before the decisive naval battle of Salamis. The other two are Cantharus, the main port of Piraeus, and Mounichia, the smaller port next to Zea. It was after the Battle of Marathon in 490 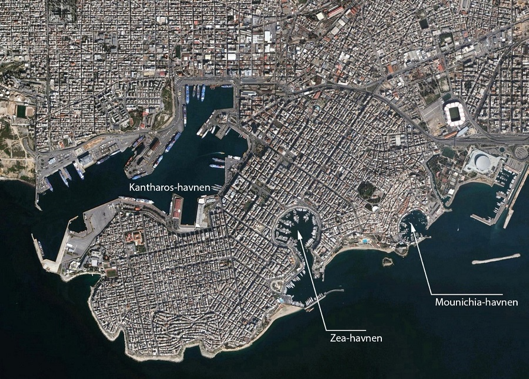 BC that Themistocles, a politician and one of the Athenian generals was able to persuade the Athenians to build a large fleet of war ships using the silver from the mines in Lavrio, near Sounio. Rather than fighting the Persians on land, they would fight them on the sea. In 483 BC, the Athenian fleet was transferred from the older harbour of Phaliron to the area of Piraeus and specifically to Zea harbour where the triremes were docked in ship sheds known as ‘neosoikoi’. 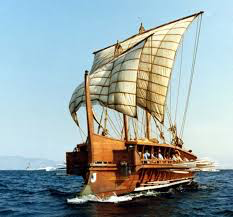 The prophecy by the Oracle of Delphi helped Themistocles in his course. The Oracle stated that: ‘Though all else shall be taken, Zeus, the all seeing, grants that the wooden wall only shall not fall.’

Many argued that the ‘wooden wall’ was the fortification around the Acropolis and therefore they should stay and defend the city. Themistocles, however, argued that the ‘wooden wall’ was the fleet of triremes that was being built. He argued that Athens should be abandoned if the population was to be saved from the invading Persian army under King Xerxes. As Plato put it, ‘Themistocles robbed his fellow-citizens of spear and shield, and degraded the people of Athens to the rowing-pad and the oar’ as all social classes manned the triremes and fought in the battle. 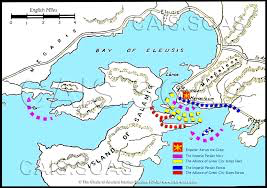 His plan of enticing the Persian fleet into the narrow Straits of Salamis was finally embraced by Athens and her allies, thus saving not only Athens, but the rest of the Greek city states. The Persians had around a thousand warships manned by about 200,000 men while the allied Greeks had 400 warships manned by approximately 80,000 men. The bigger and heavier Persian ships could not manoeuvre in the narrow Straits of Salamis. They soon became disorganised in their attack against the smaller and lighter Greek triremes. This enabled the Greeks to score a decisive victory forcing Xerxes to make a hasty retreat.

The Battle of Salamis (Greek: Ναυμαχία της Σαλαμίνος) in 480 BC was a turning point in the Greco-Persian wars. It is believed that if the Persians had not been defeated, the cultural, social and economic development of Ancient Greece and by extension western civilization would have been completely different. 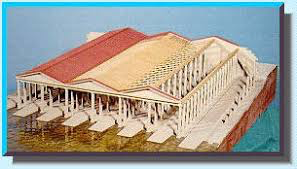 Between 2002 and 2012, the Zea Harbour Project was launched in order to explore the sea and land area of Zea and the smaller port of Mounichia next to it. This archaeological research was organised by the Greek Ministry of Culture and the Danish Institute at Athens in order to see what was left of this ancient harbour. Although no triremes were found, there was evidence of harbour fortifications and shipsheds that housed the fleet of triremes at the time of the naval battle of Salamis. The harbour was fortified on the sea side with massive moles and a large central entry gate through which all ships passed. The harbour could be sealed with the help of a chain hauled between the two large towers on either side of the harbour entrance.

The large fleet that Athens acquired as a result of the naval battle of Salamis led to the Delian League under the leadership of Athens. Athens soon had 150 island and coastal cities within its domain. Athenian triremes patrolled the Black Sea in the north, the coast of Asia Minor in the east and the Nile Delta of Egypt in the south. Maritime power became the cornerstone of the Athenian Empire. The Golden Age of Greece had begun.

It is interesting to note that the area of Zea (also known as Pasalimani) hosted the swimming events in the 1896 Summer Olympic Games in Athens. They were the first modern Olympic Games organised by the International Olympic Committee (IOC) founded by Pierre de Coubertin, a French educator and historian. He was inspired by the ancient Olymic Games, which were held every four years at Olympia in the Peloponnese from 8th to 4th century BC to create the modern Olympic Games. Thirteen participants, all men, from four countries took part in the four swimming events. 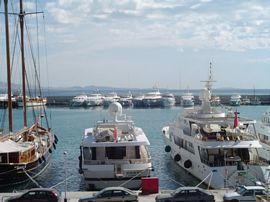 Marina Zea continues its historical importance even today. It has become an important tourist port of call for yacht lovers as it is possible for over 600 yachts to dock there in safety. Its position is ideal as it is close to Athens as well as to the International Airport ‘Eleftherios Venizelos’. A small ancient theatre that resembles the theatre of Dionysus of Athens that dates to 2nd century BC can also be visited as well as the Museum of Piraeus. 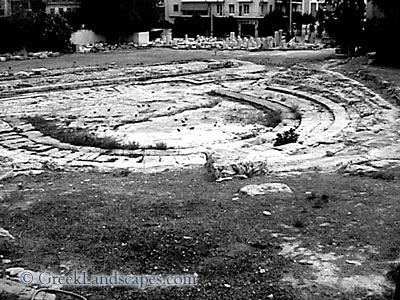 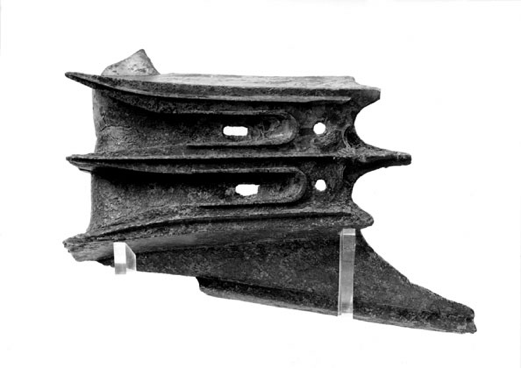 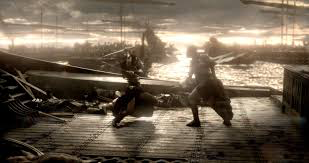 A movie was made in 2014 based on the Battle of Salamis. The film was called Rise of an Empire, directed by Noam Murro. Themistocles was played by Sullivan Stapleton, Artemisia by Eva Green and Gorgo by Lena Headey. It shows the part that Themistocles played as the leader of the Greek forces, keeping high the morale of his men and preparing the plans that helped to stop the invasion. The actual naval battle is very dramatic.