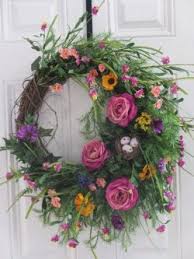 There are many traditions connected with May, the fifth month of the year and the last month of spring. The first of May (Greek: Πρωτομαγιά – Protomagia) was celebrated long before it became connected with the worker’s movement, which honours the bloody workers’ uprising in Chicago in 1886. 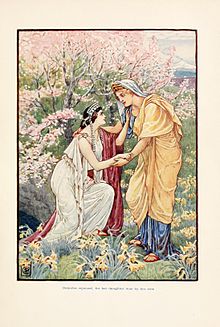 Besides the celebrating of May Day, we also celebrate Mother’s Day. According to tradition, the month of May took the name from the ancient Roman goddess Maia, which was from the Ancient Greek nymph Maia (Greek: Μαία), mother of Hermis, messenger of the Olympian gods. Her name means ‘mother’, ‘nurse’. Therefore, besides celebrating May Day, it is understandable as to why we celebrate Mother’s Day in May.

The month of May is also connected with the month Thargiliona (Greek: Θαργηλίωνα), which celebrates the Anthesphoria (Greek: Ανθεσφόρια), the abundance of flowering plants. It was dedicated to Demeter, goddess of agriculture, and her daughter Persephone, who came up from the depths of Hades to meet again with her mother, symbolising the victory of good over bad and resurrection over death.

During the celebration of the Anthestirion, maidens in procession would carry bunches of flowers to the sanctuaries. According to the myth, the Anthestiria would ‘resurrect’ the dead god Evanthis (Greek: Ευάνθης), which was the epithet for the god Dionysus (Greek: Διόνυσος), whose spilt blood gave us the ampelos or grape vine (Greek: άμπελος).

In many agricultural areas, the farmers would also insert a head of garlic into the wreath of wild flowers to ward of the evil eye along with nettles for the enemy and a sheaf of wheat or barley for a good harvest. An interesting custom in the area of Evros in northern Greece in the ‘dance of the fire’. According to this custom, young women dance traditional dances in a circle around a fire, singing traditional songs, while young men, after having first wet their clothes, would jump over it so that they would be strong, have stamina and a healthy life. It also gives the young people a chance to meet and in many cases start a new life together as married couples. The May Day wreath is hung on the front door of the house and is used to light the bonfires for the celebrations of St John’s Day on 24 June. 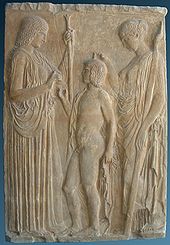 This ancient custom may be connected to the goddess Demeter who was a nurse to the princes Demophon and Triptolemus of Eleusis in Attica. She planned to make Demophon immortal. Therefore, she secretly anointed Demophon with ambrosia and held him over the flames in the hearth to gradually burn him and make him immortal. However, she was interrupted by Metanira, Demophon’s mother, and so Demeter abandoned the attempt. Instead, she taught Triptolemus the secrets of agriculture, which he in turn passed on to the people. The people were able to learn how to plant, grow and harvest grain. 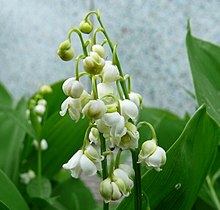 Zodiac signs for May: Taurus from April 20th to May 20th, and Gemini from May 21st to June 20th. The birthstone is the emerald, which is a symbol of rebirth and love and the birth flower is the Lily of the Valley, which also symbolizes love, passion, beauty and perfection.

There are many songs connected with May.

May has come my dear, summer has come,

The time has come my young bird for us to become a couple,

I have not tired of anything except the heavy scythe

Within the wide furrow with the short barley.

Barley bread and not much of that and all day in the sun.

The yellow-flowered plants have opened; the winter birds are leaving.