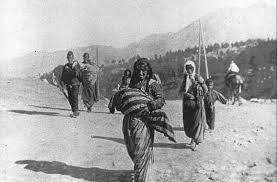 This year is the centenary of the Asia Minor catastrophe of 1922. It is a time of remembrance for those whose lives changed from one minute to the next through no fault of theirs. A time of remembrance by their descendants, who are now the third generation of those first refugees that came from all parts of Asia Minor Turkey: from far away Cappadocia, from Ionia, from Thrace and the Black Sea area. A time of remembrance for the cruel and planned genocide of first the Armenians and then the Greek population by the Turkish armed forces and the chetes irregulars that took place between 1914 and 1923.

Over one and a half million Greek Orthodox natives were forced to leave their ancestral homes that had been the home of the Greeks from ancient times, go on forced marches where many died along the way, and cross turbulent seas to reach safety. Such memories can never be forgotten, and they have been passed down from generation to generation as is the case of the first refugees that came to Anavissos and made it their new home. 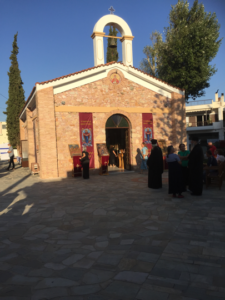 On Wednesday 10th August a church service was held followed by the unveiling ceremony of the monument to commemorate the first Greek refugees from Asia Minor who settled in what was at first an arid and inhospitable area. The service took place in the small, restored church, which had formerly been a house. When it was first built as a church, it was given the name Agioi Theodori (Greek: Άγιοι Θεόδωροι) by one of the first settlers who also covered most of the building costs. The other settlers helped by offering their labour and their knowledge. The bell was made by a well-known bell maker from one of the villages of Cappadocia. 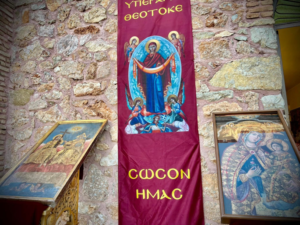 Today, the church is dedicated to the Assumption of the Virgin Mary (Greek: Κοίμηση της Θεοτόκου), whose Name Day we celebrate on 15th August throughout Greece. It is referred to as the Summer Easter of the Greek Orthodox Church to show the importance of the day and the dedication that the Greek people have towards Virgin Mary. A panigiri (open-air traditional celebration) is held after the church service to celebrate this important day with local food and music. It is a time of reunion for those that have left their 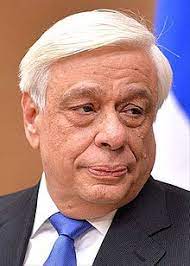 place of birth and who return for this special occasion.

Besides the clergy, the Metropolitan of the area Nicholaos was present as well as the Mayor of Saronicos and other officials. The honorary guest was Mr. Prokopios Pavlopoulos, the former President of the Greek Republic, who unveiled the monument to the first refugee settlers of Anavissos. On one side of the monument are the names of the first refugees that settled in Anavissos and on the other is a tree with its deep roots symbolising the anchoring of the refugees in their new homeland. 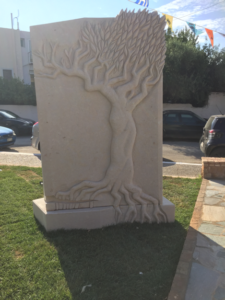 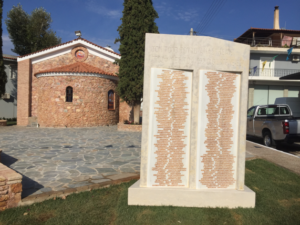 Their determination and tenacity helped them overcome all difficulties and brought new life to the area, developing it both culturally and economically. The area that had been chosen for them was the famous ancient Greek Dimo of Anaphlisto. It was the homeland of Cleisthenes (Greek: Κλεισθένης, c. 570- after 506 BC), the ancient Athenian lawgiver, who is credited with reforming the constitution of ancient Athens and setting it along democratic lines in 508 BC. This new homeland has also been described in the book ‘Serenity’ (Greek: Γαλήνη) by the well-known author Ilias Venezis, also a refugee and one of the first settlers in the area. It describes the journey of a group of Greek refugees from their homeland in Asia Minor who settled in the summer of 1923 in a desolate corner of the coast near Athens.

Today, a time span of a hundred years from the first generation of refugees to the third generation of their descendants have passed. The unveiling of the monument dedicated to these first settlers in their new homeland is the torch that will keep alight the memories so that their forced departure from their ancestral homes and their struggle in their new homeland will always be remembered by the generations to come.

The Asia Minor Cultural Museum ‘Makis Agkoutoglou’ in Anavissos houses the history of the refugee settlers and visitors can read excerpts relating their experience as well as seeing artefacts and other documents of the area.