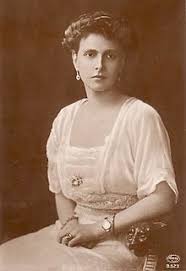 We are often intrigued by the lives of royalty. We remember many of them for the tumultuous lives they lead or for the heritage that they leave behind. One such royal was Princess Alice of Battenberg, born in Windsor Castle on 25 February 1885. Her father was Prince Louise of Battenberg and her mother Princess Victoria of Hesse and by Rhine, who adopted the British-sounding name of Mountbatten during WWI when they left Germany and settled in the UK. Her great-grandmother was Queen Victoria. 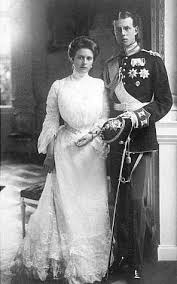 Princess Alice was considered to be the most beautiful princess in Europe. At the age of 17 she met Prince Andrew of Greece while in London for King Edward VII’s coronation. They were married in a civil service on 6 October 1903 at Darmstadt in the state of Hesse, Germany, followed by two religious services: one Lutheran and the other Greek Orthodox in the Russian Chapel. The bride and groom were both closely related to the ruling houses of the United Kingdom, Germany, Russia, Denmark and Greece. They settled in Athens, Greece, and Prince Andrew continued his career in the military while Princess Alice or Princess Andrew as she was also known as it was customary for a princess to take the name of her husband, became involved in charity work. The couple had four daughters and one son, Prince Phillip, who later married Queen Elizabeth II of the United Kingdom.

Although born deaf, this did not stop Alice from communicating with people as she was able to lip read in both English and Greek. After the turmoil of WWI and the end of the political powers of Europe’s dynasties, Princess Alice and her family were exiled in Paris. There she became deeply religious and she converted to the Greek Orthodox faith, which gave her the strength to continue her charity work. She also believed she was receiving divine messages. When Alice told people of her experiences, they thought she was insane. In 1930 she suffered a nervous breakdown and was diagnosed with schizophrenia. Prince Andrew put her in a famous and well-respected sanatorium in Switzerland. Nine-year-old Phillip returned home to find his mother gone.

Alice desperately tried to leave, but it was impossible. She was finally released in 1932. During this period, she missed the wedding of all four of her daughters who all married German princes. Phillip went to stay with his uncles Lord Louis Mountbatten and George Mountbatten in England. She had also drifted apart from Prince Andrew, who was usually absent from his family due to his work in the Military as well as being known as a renowned playboy. She returned to Athens in 1938 and lived alone in a small apartment. She did not follow the rest of the royal family into exile when Greece entered the war, but preferred to stay and help those in need. 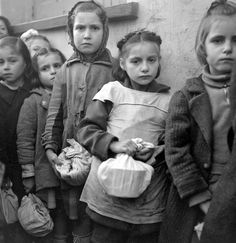 During WWII, she worked for the Red Cross, helped to organise soup kitchens and organised shelters for orphaned and lost children as well as organising a nursing circuit for poor neighbourhoods. She also flew to Sweden on the pretext of visiting her sister and brought back urgently needed medical supplies. In 1942, the Nazis started deporting Athenian Jews to concentration camps. Alice’s close friend was Rachel Cohen, whose late husband had been top advisor to the King of Greece. Alice hid Rachael and her children in her apartment for over a year to protect them from the Nazis. Alice lived yards away from the Gestapo HQ, but when they asked her questions, she used her deafness as an excuse not to answer. 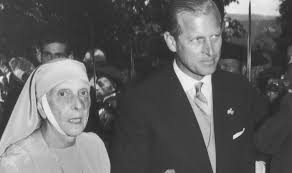 In January 1949 Alice founded a nursing order of Greek nuns, the Christian Sisterhood of Martha and Mary, modelled after the convent that her aunt had founded in Russia in 1909. However, the order slowly dwindled due to the lack of suitable applicants. She finally left Greece in 1967 after the April 21st Colonel’s Coup that took place in Athens and put Greece under a dictatorship for seven years. She lived with her son Phillip and Queen Elizabeth in Buckingham Palace where she died two years later. 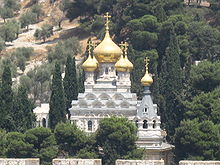 Alice owned no possessions, having given everything to the poor. Alice’s last wish was to be buried in Jerusalem, but she was laid to rest in England, in the Royal Crypt at Windsor Castle. In 1988, Alice’s last wish was finally granted. Her remains were transferred to the Convent of Saint Mary Magdalene in Gethsemane on the Mount of Olives in Jerusalem. In October 1994, Princess Alice was honoured as ‘Righteous Among the Nations’ by Israeli Holocaust Memorial Yad Vashem for having hidden the Cohens in her house during the Second World War. In 2010, the Princess was posthumously named a Hero of the Holocaust by the British Government.