September is a very important month in the calendar starting from the ancient Greeks, through to the Romans and the beginning of Christianity. It symbolizes the changes in the seasons, with September being the start of autumn followed by winter where the earth turns cold and things come to a standstill to be followed by the warmth of spring and summer where life returns and everything is in abundance.

Each month of the year is associated with a sign of the Greek Zodiac, which is identified with the twelve groups of stars or constellations. Zodiac means the circle of animals (Greek: ζώα) with animals referring to all living creatures with the exception of the Libra sign, which has the sign of the scales to symbolize balance, equity and justice as it is found halfway round the Greek zodiac band. As each zodiac sign overlaps into the month before and after, September shares the constellations of Virgo (August 24 – September 23) and Libra (September 24 – October 23). 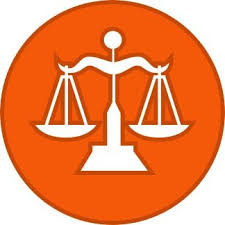 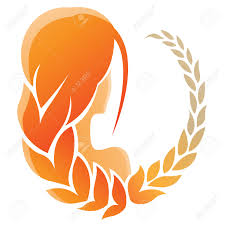 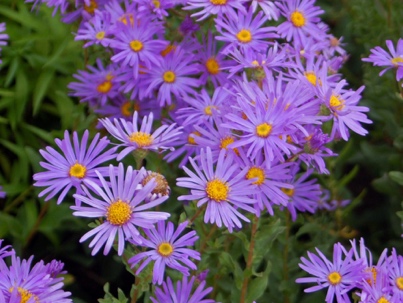 The flower associated with September is the Aster, (Greek: αστέρι – ‘asteri’), which means ‘star’. The ancient Greeks would often use the asters to create wreaths to place on the alters to pay tribute to the gods. They come in a variety of colours from red, white, orange and different shades of pink and purple. They symbolize wisdom, valor, faith, royalty, purity and innocence. The origin of the aster flower is attributed to the Greek Goddess Virgo, the Goddess of innocence and purity, hence the zodiac sign of a maiden. Virgo was saddened by the lack of stars in the sky and began to cry. On the spot where her tears fell, lovely aster flowers began to grow.

The constellation of Virgo is associated with the goddess Demeter and the kidnapping of her daughter Persephone by Hades, the ruler of the Underworld. Hades fell in love with Persephone and wanted her for his bride. As he knew that neither Zeus, king of the Olympian gods, nor Demeter (Greek: Δήμητρα – Dimitra), goddess of agriculture and fertility, would approve of this union, he decided to abduct Persephone, carrying her into the dark depths of the Underworld on his four-horse drawn chariot. 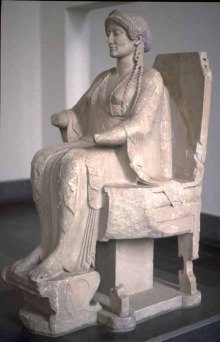 When Demeter found out about this she was devastated. She roamed the world for nine days searching for her daughter, destroying the crops and livestock as she passed. On the tenth day she decided to ask Helios, the sun god, who saw everything to tell her where her daughter was. When Helios told her, she became very angry and continued to destroy whatever was in her path. 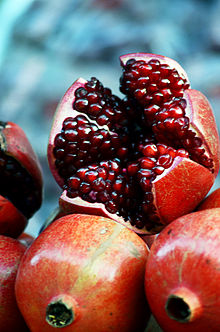 Zeus realised that something had to be done before mankind died of starvation. He therefore struck a deal with Hades to allow Persephone to return to her mother. However, before Hades allowed Persephone to leave the Underworld, he offered her a pomegranate. This was a devious trick because whoever tasted the food of the Underworld did not want to leave. Rhea, the mother of Zeus, Demeter and Hades realising what had happened, proposed a compromise: Persephone would stay in the Underworld for six months and would return to Demeter for the other six months. An agreement was reached and Demeter was happy to restore the earth’s fertility. However, when it was time for Persephone to return to Hades, Demeter mourned and no longer gave fertility to the earth.

The cycle of Persephone’s descent to the Underworld and her ascension to earth, signifies the progression of the seasons, Autumn and Winter where the earth is bare, followed by Spring and Summer, and the abundance of food on earth.

In the Roman calendar, September was the seventh month (Latin: septem means seven). However, when January and February were added, September became the ninth month. September 1st was the beginning of the new year when the annual taxes were paid by the Roman citizens. It was also a general form of measurement of time for every 15 years starting from the birth of Christ and more exactly from the 3rd century AD. September 1st is considered to be the beginning of the church year and a special service is held to celebrate this. The church also dedicates this day to the environment and nature in general. Another very important day is 14th September, which is the celebration of the Holy Cross. The cross symbolises the crucifixion of Christ by the Romans and celebrates those important moments for Christianity. In the Greek Orthodox Church, those with the name Stavros or Stavroula celebrate their Name Day on this day.

September is also the month when the summer holidays end and people go back to work and when schools open. The month is also referred to as Trigitis or Trigominas (Greek: Τρυγητής, Τριγομηνάς) as it is the month when the grapes are cut for wine making. 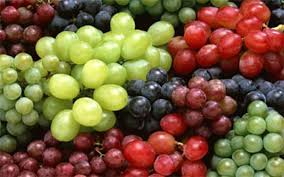 One of the most important activities in September is the grape picking and the making of must or ‘mousto’ (Greek: μούστο), which is the freshly pressed grape juice. Making must is the first step in winemaking. 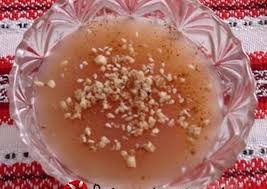 In ancient Greece, must was condensed by boiling and was called ‘siraos’ (Greek: σιραίος) and was used as a sweetener in various recipes as well as a syrup for pan-cakes (Greek: τιγανήτες – ‘tiganites’). When it is condensed, it is called ‘petimezi’ (Greek: πετιμέζι). This is the basic ingredient for a must-custard called ‘moustalevria’ (Greek: μουστολευριά) and ‘moustokouloura’ (Greek: μουστοκούλουρα), the must cookies.

The recipe that follows is a basic recipe for ‘moustokouloura’. 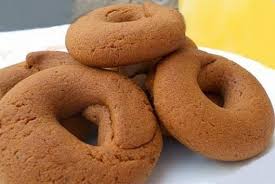 80 gr currents (You can make them plain without the currents.)

Mix all the liquid ingredients in a bowl. Add the spices. Mix the baking powder with the flour and sift them. Add to the mixture to get a soft pliable dough. If the dough can be rolled out into strips without sticking to your hands, it’s ready. Take a pinch of dough and roll into a round shape like a doughnut with a hole in the middle. Bake in a preheated oven at 180 degrees for 20-30 minutes so that the moustokouloura are a golden brown colour.