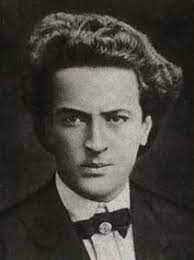 Angelos Sikelianos, the Greek lyric poet, was born on the island of Lefkada on 28 March 1884. He was nominated five times for the Nobel Prize for Literature, but was never awarded it. He published his poetic work in three volumes in 1946 and 1947 with the title “Lyric Life”. With his death in 1951, there were several poems unpublished. His entire poetic work comprising of five volumes was finally published in 1965 by G.P. Savvides, a leading Greek philologist.

His poems are inspired by Greek history, Greek mythology, religious symbolism and the ideas of a universal harmony. Everything in the natural and visible world, when seen from the right perspective, are an expression of a supernatural and invisible order of reality. Sikelianos uses myth as a mode of revealing the eternal divinities that inhabit the physical world. 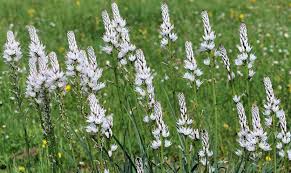 In the poem, The Horses of Achilles, the immortal horses of Archilles, the greatest of all ancient Greek heroes, Xanthus and Balius, are depicted in the Elysium Fields or the Asphodel Meadows, a section of the underworld where souls are sent to live after death. The Asphodel flower, a flower which is lily-like in appearance with spear-shaped leaves, symbolizes peace after death and the afterlife. This is a conception of the afterlife where only mortals related to the gods and other heroes could be admitted there. 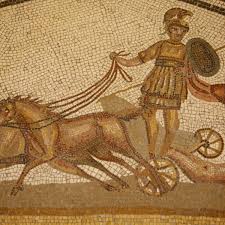 Achilles (Greek: Αχιλλεύς) was the son of the Nereid Thetis and Peleus, King of Phthia, in ancient Thessaly. It was the home of the Myrmidones, the soldiers that Achilles led into battle in the Trojan War. He slew Hector, the son of King Priam of Troy because his closest friend, Patroclus, had been killed by him. Achilles was later killed by Paris, King Priam’s other son, when he shot Achilles in the heel with an arrow. It was Paris who had stolen the beautiful Helen from King Menelaus of Sparta, resulting in the Trojan War.

The horses, Xanthus and Balios (Greek: Ξάνθος και Βάλιος), had been given to King Peleus by Poseidon, god of the sea, when he married the Nereid Thetis. Peleus in turn gave the horses to their son Achilles to draw his chariot during the Trojan War. In Homer’s Iliad, Xanthus had the power of speech and prophesied the death of Achilles, for which he was silenced by the Furies.

The poem, The Horses of Achilles, was translated by A.E. Stallings, an American poet now living in Athens, Greece. 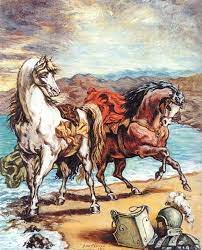 THE HORSES OF ACHILLES

O Field of Asphodel, two horses
Whinnied and raced along your edge,
Their backs were shining like a wave
As they came surging out of the tide
And tore across the empty sand,
Their necks were arched like breakers, high,
Stallions flecked with white foam . . .
Lightning kindled in the eye.
They dove back in, wave into the waves,
Foam into the foam of the sea,
And then were gone. I knew those steeds,
One had taken on human voice,
And prophecy, a sayer of sooth.
The hero gripped the reins and kicked,
Driving onward his godlike youth . . .

Holy horses, fate has kept you
Indestructible, and set
Upon your foreheads black as night
A charm against the evil eye,
A great and blinding blaze of white!