The month of May is not only a month of nature’s rebirth and the making of May Day wreaths. It is also a month that represents the struggle of the workers around the world for better working conditions, better pay as well as health and pension coverage. It is a month of many significant celebrations some happy, such as Mother’s Day, but others bloody such as the tobacco workers strike in Thessaloniki in 1936. 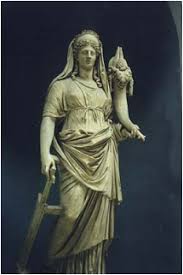 May is named after the ancient Greek goddess Maia, the goddess of fertility and re-birth. Maia was the daughter of Atlas (the Titan condemned to hold up the celestial heavens for eternity after the Titanomarchy) and Pleione, the Oceanid nymph. She lived by herself in a cave on Mount Cyllene in Arcadia. She was the eldest of the seven Pleiades that make up the Pleiades star cluster in the constellation of Taurus. Zeus secretly slept with Maia and she gave birth to Hermes, god of trade, merchants, commerce, roads, thieves, etc. Hesiod, in his Theo 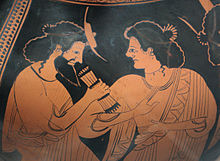 gony, refers to Maia: And Maia, the daughter of Atlas, bore to Zeus glorious Hermes, the herald of the deathless gods, for she went up into his holy bed. Besides Hermes, Maia raised the infant Arcas, son of Zeus and the nymph Callisto. The Prefecture of Arcadia in the Peloponnese is named after him. In Greek, Maia means ‘midwife’. Aeschylus, the ancient Greek tragedian, identifies Maia ‘the nursing mother’ with Gaia, ‘the Earth’.

Today, the month of May is significant for many events. Besides nature going riot and filling the land with flowers, it is also a month that signifies the struggle of the workers for better pay, an eight-hour working day, health cover and a pension at the end of their working lives. The first day of May is a day on which the workers throughout the world celebrate International Labour Day. The date commemorates the Haymarket riot, which took place in Chicago on 4 May 1886. In Greece, the first Labour Day demonstration was held in 1893, in Athens, at the initiative of the Central Socialist Society of Stavros Kallergis.

Another milestone in the workers’ struggle for better working conditions in Greece is the tobacco workers strike in Thessaloniki, which began on May 8th 1936. They wanted an increase in their wages from 75 drachma to 135 drachma in accordance to an agreement that had been signed in 1924, but which had never been enforced. Many workers actually worked without getting paid so that they could at least be eligible for health care. Besides the tobacco workers, other unions went on strike with similar demands. The police confronted this massive strike by opening fire on the protesters. The confrontation finally ended on May 14 when tobacco industrialists agreed to the worker’s demands and the government agreed to compensate the victims’ families. The ending of the riots showed 12 dead and over 200 injured. 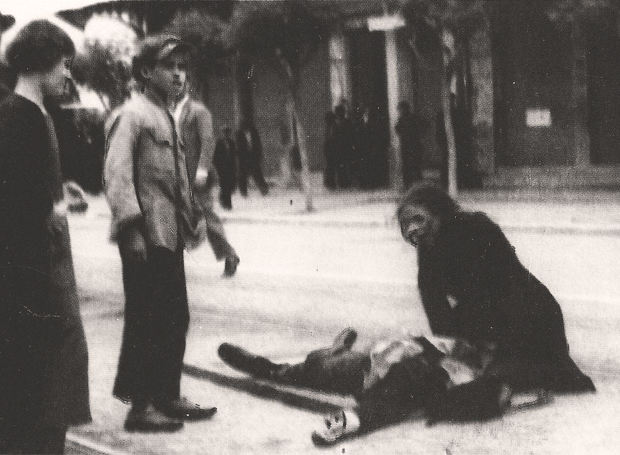 The photograph of the mother of Tasos Tousis, one of the strikers, lamenting over the body of her dead child as it lay on a makeshift stretcher that his co-workers had put together, inspired the poet Yiannis Ritsos to write the poem Epitaphios. The scene brought to mind the lament of Virgin Mary over the body of Christ when he was brought down from the Cross. Yiannis Ritsos wrote Epitaphios in ten days. He sent it to Mikis Theodorakis in 1958 who put it to music. The songs were first sung by Grigoris Bithikotsis. The work Epitaphios was basically banned from being performed publicly until 1974 when Democracy was reinstated in Greece after the fall of the Junta and the imprisonment of Colonel Papadopoulos and the other army offices involved in the enforcing of the dictatorship between 21 April 1967 and July 1974.

Below, is a part of the poem from Epitaphios by Giannis Ritsos, translated in English followed by the Greek.

On a day in May you left me, on that May day I lost you,
in springtime you loved so well, my son, when you went upstairs,
To the sun-drenched roof and looked out and your eyes never had
their fill of drinking in the light of the whole wide world at large.
With your manly voice so sweet and so warm, you recounted
as many things as all the pebbles strewn along the seashore.
My son, you told me that all these wonderful things will be ours,
but now your light has died out, our brightness and fire are gone. 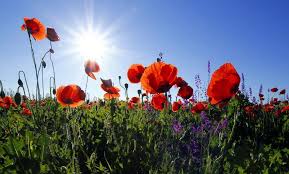