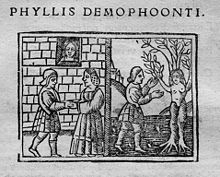 There lived in Thrace a beautiful princess. Her name was Phyllis (Greek: Φυλλίς) daughter of the Thracian king Sithon (Greek: Σιθων). She fell in love with Demophon (Greek: Δημοφώντας), son of Theseus, the mythical king and founder-hero of Athens.

Demophon fought in the Trojan War and was one of the 30 or 40 soldiers that entered the city in the Trojan horse. On his way back to Athens, he stopped off in Thrace and went to the court of King Sithon where he met Phyllis and fell in love with her. They married, but after a while, Demophon began to become nostalgic for his homeland. Phyllis did not want to see him sad and so agreed that he should return to Athens for a short visit. She felt that if Demophon really loved her, he would soon return to her. 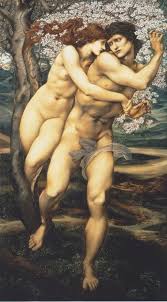 However, time passed and Demophon did not return. One version of the story tells how Phylllis began to pine and wither while waiting for her lover and finally died of sorrow. However, the gods wanted to save her and so turned her into an almond tree so that she could continue to wait for her lover. When Demophon finally returned, he could not believe that his wife was a dried out tree without leaves in a cold environment. He had expected to find her in the warmth of her palace surrounded by her maids. In desperation and guilt, he wound his arms around the trunk of the tree and immediately the dried branches of the trees bloomed into small pink-white flowers and sprouted leaves in the middles of winter thus winning a victory over death. 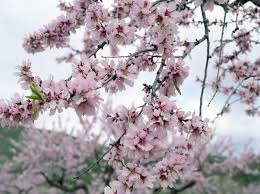 The other version wants Phyllis to have hanged herself in the spot where they had been married. They had agreed to meet there on his return. The place was called Ennea Odoi – Nine Roads, as Phyllis returned there nine times to see if Demophon had arrived. In the end, out of desperation, she hanged herself on a nearby tree. When Demophon finally returned in January and saw what had happened to his beloved wife, he wound his arms around the tree in sorrow. Phyllis felt his love and out of happiness sprouted leaves and bloomed. The almond tree became a symbol of love and eternal hope. 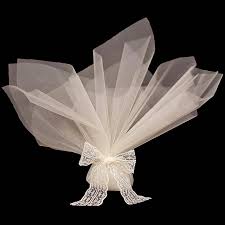 Traditionally almonds have always been a part of the marriage ceremony in Greece. Almonds are put on the silver tray that holds the wedding wreaths that are then put on the heads of the couple to unite them in marriage. The guests are given bombonieres (Greek: μπομπονιέρες) of sugar-coated almonds in a tulle pouch tied with a ribbon as a gift after the wedding. The sugar-coated almonds, usually five in number but often more are added, but always an odd number, represent long life, happiness, prosperity, well-being and fertility. Also, almonds from the wedding tray are given to single girls to put under their pillows so that they can dream of the person they will marry. They are also placed on the wedding bed along with a baby, which again represents fertility and long life.

The name Phyllis is from the word phylla (Greek: φύλλα), which means leaves or foliage.