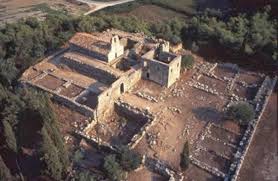 Visiting historical places or places that you have read about in mythology is a magical experience. It takes you back in time and makes you wonder about the lifestyle of the people of that period. Such a visit was to the Necromanteion of Acheron, or the Oracle of the Dead, the Sanctuary of Hades and Persephone.

The Necromanteion of Acheron (Greek: Νεκρομαντείο του Αχέροντα) was the most famous one in the ancient Greek world because it would bring the pilgrim in contact with the spirit of the beloved person who had passed away. It is situated in the north-western part of Epirus in the prefecture of Preveza. It was also known as the Necromanteion of ancient Ephyra (Greek: Εφύρα) as it is very close to this ancient township, first settled by Mycenaeans (Greek: Μυκηναίους) between the 14th and 13th century BC.

The site of the sanctuary is on top of a small hill on the outskirts of the village of Mesopotamos. The short uphill walk takes you to the entrance of the Necromanteio. At the side, covered by trees, is a track that leads to the rivers below. Homer, the author of the two epic poems, the ‘Iliad’ and the ‘Odyssey’ refers to the Necromanteio as where the Acheron river meets the Kokota and Pirflegenta rivers, in the 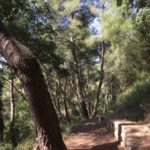 Acheron is said to be the son of Helios, the sun god (Greek: Ήλιος) and either the Earth goddess Gaia or the goddess Demeter, goddess of agriculture. Acheron was turned into the Underworld river bearing his name after he had refreshed the Titans with drink during their contest with Zeus. 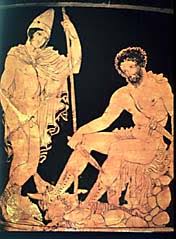 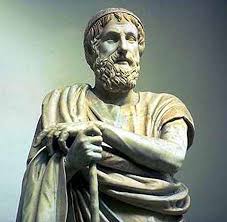 Homer provides the earliest reference to the Νekromanteion of Acheron in his Odyssey, when Circe advises Odyssea to meet Teiresias, the blind seer, in the Underworld in order to get an oracle for his return to Ithaka. He describes Hades as being completely still, without a breath of air, a deathly peace prevails, not a ripple disturbs the water. The description of the Nekromanteion and the setting described by Home is also noted almost a thousand years later by Pausanias (Greek: Παυσανίας), a Greek traveller and geographer, who lived in the second century AD. He argues that Homer must have visited this area for him to be able to describe it so well.

Other Greek heroes that attempted the descent into Hades are: Orpheus, seeking to bring back his beloved Eurydice; Hercules, on his quest for Cerberus, the tree-headed dog guarding the exit from Hades, whom King Eristheas had asked for as one of his tasks; and Theseus with Peirithos in order to seize Persephone.