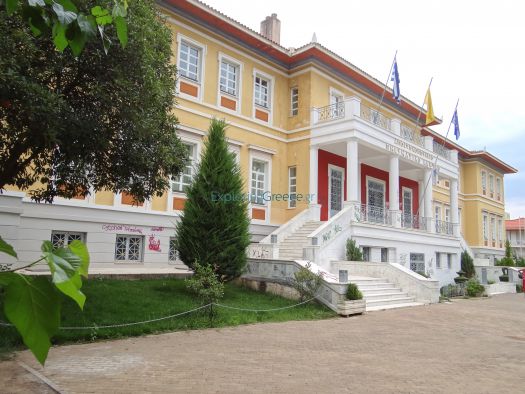 The Apostolopouleio Cultural Centre in Tripoli is hosting an impressive and unique exhibition of rare Russian icons from the private collection of Dimitri Talagani. The icons date between 17th and 19th century AD.

The exhibition is named ‘The Holy Mandylion’ as it refers to the image of Jesus Christ on the cloth he used to wipe his face. The cloth bears the likeness of the face of Jesus not made by human hand (Greek: αχειροποίητον – ‘acheiropoieton’ – without hands).

According to tradition, the ‘Holy Mandylion’ or ‘acheiropoieton’ with the characteristics of the face of Jesus Christ, appeared in ancient Edessa in Syria (today’s Urfa in Turkey). Five Russian icons that present the ‘Holy Veil’ can be seen at the exhibition along with an icon of Jesus on the Cross and his Resurrection. There are also icons of Virgin Mary. 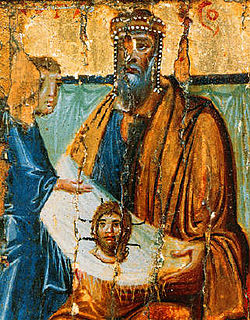 Christian tradition traces the icon of the Holy Mandylion to the earthly period of Jesus and connects the painting of the icon to Abgar, king of Edessa during the first century AD. Abgar had sent a letter to Jesus asking him to travel to Edessa in order to heal him from a sickness. Jesus responded by sending him the cloth with the imprint of his image – the Mandylion or Holy Veil. Abgar was cured. The cloth with the image of Jesus was lost until it was found again in the 6th century. On August 15, 944, the Church of St. Mary of Blachernae in Constantinople received the letter and the Mandylion. Both relics were then moved to the Church of the Virgin of the Pharos (Greek: φάρος), a Byzantine chapel built in the southern part of the Great Palace of Constantinople. The chapel was named after the tower of the lighthouse (pharos) that stood next to it.