Christmas is celebrated to remember the birth of Jesus Christ. The name ‘Christmas’ comes from the ‘Mass of Christ’. It is a Mass service where Christians remember that Jesus died and then came back to life. The ‘Christ-Mass’ service was the only one that was allowed to take place after sunset (and before sunrise the next day), so people had it at midnight. Therefore, ‘Christ-Mass’ has been shortened to ‘Christmas’.

December 25th corresponds to the date of the winter solstice and is exactly nine months after the Annunciation of the birth of Christ to Mary by Archangel Gabriel, and the date of the spring equinox. Most Christians celebrate on December 25 in the Gregorian calendar, but a part of the Eastern Orthodox Churches celebrate with the older Julian calendar, which means that Christmas is celebrated on January 7. 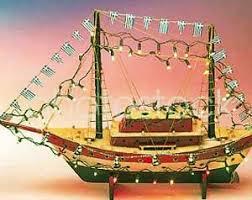 Each country has its own unique way of celebrating this festive season. Some of the traditions in Greece are very old even though not all are practiced in the cities.

As Greece is a sea-fairing country, it was customary in many households on the islands and on the coast to decorate a wooden ship, which symbolizes the new direction that the birth of Jesus gives to human life. It was gradually replaced by the Christmas tree with the reign of Otto I, the first king of Greece in 1832. Recently, more people and municipalities are bringing back the custom of decorating a ship in place of the Christmas tree.

Carols, which are folk songs of greeting and praise with Byzantine roots, are sung on Christmas Eve, New Year’s Eve, and Epiphany. Children go from house to house accompanied by the traditional instrument of the triangle singing the carols and today instead of sweets they are given money.

The making of the Christopsomo (The Bread of Christ) on Christmas Eve is another custom. The main feature is the decorating of the bread with the cross and other Christian symbols.

The Christoxylo (Christmas wood) is burned throughout the festivities in the countryside areas of Greece. It burns from Christmas Eve until Epiphany. This is to stop the Goblins from creating havoc as they are only afraid of fire until, with the sprinkling of the Holy Water on Epiphany Day, they are forced to return to the depths of the Earth. 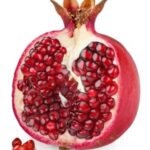 Santa Claus comes on New Year’s Eve instead of Christmas Day. This is the time when the Greek people exchange gifts. It is the feast of Saint Basil where the vasilopita, ‘the cake of Vasilios’ is baked with a coin inside. Saint Basil came from Cappadocia in Asia Minor and would help the poor people in his area. Whoever has the coin in his piece, will have luck throughout the year.

Lastly, on New Year’s morning, when the family returns from church, the man of the house breaks the pomegranate on the threshold and then enters the house with his right foot. This symbolizes health, happiness, and wealth all year round.

Besides the Christmas Kalanta that are sung by groups of children from house to house, many poems with the theme of the birth of Jesus Christ have been written by well-known Greek poets. One such poem is the following written by Kostis Palamas (1859-1943), the Patriarch of Modern Greek poetry and author of the Olympic Anthem. He was a leading figure in the literary world of the 1880s. He explores the post-classical and post-Byzantine Greek world. Palamas’ strong religious and liturgical connotations, unifies spiritual, philosophical, and historic notions of Hellenism. The divine birth is a recurring theme in Palamas’ poetry, a spiritual celebration of redemption and humility. His poem ‘Christmas’ is well-known and much loved.

What light, what colour and beauty sprinkle the stars,

where to the Manger of Christ, the Magi have been brought.

A miracle in which we all long to be a part of,

even if only a straw in the stable,

when Christ opened his eyes towards the sun.

To see his first glance and his smile,

the crown of rays around his forehead.

Let me shine from his glow, just like a diamond,

and from his divine breath to become a flower.

Το smell of fragrances from scents

that were placed at His feet, when worshipped by the Magi.

that goes hand in hand with appetite and plays with love.

around is foolish old age and hard-working youth.

The turkey in the middle is hot and smelling good,

about Christmas, a well-known and ancient story…

To be in the stable a piece of straw, a poor piece,

at the time when Christ opens his eyes, to the first rays of the sun.