March is a month with very significant celebrations for the Greek people.

Besides marking the beginning of spring, March 8 celebrates International Woman’s Day. Also, March 25, 1821, marks the culmination of the struggle for independence against the Ottoman yoke – a period of over 400 years.

I would therefore like to connect the struggle for independence with the sacrifice of the Greek women during this period of Ottoman tyranny and link this to the celebrating of International Women’s Day as women around the world have continuously fought against tyranny and oppression, and do so even today. 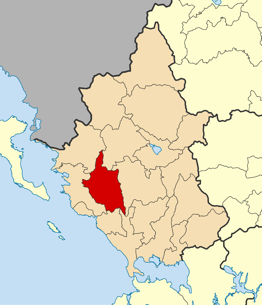 During the over 400 years of Ottoman oppression, there were continuous uprisings throughout Greece before the turning point of 1821 when the War for Independence was declared in the Peloponnese. One such area was that of Epirus, in north-western Greece. The first uprisings against Ottoman rule began in March 1789 when various chieftains of Souli such as Marcos Botsaris and Kitsos Tzavelas organised their men to fight the Ottomans in the area of Roumeli. Ali Pasha was the ruler of Ioannina at that time. He was often referred to as the ‘Lion of Yiannena’ for his military prowess and his harshness in dealing with matters concerning his authority. Although in 1792, Ali Pasha’s army of 3,000 was defeated by the Greeks, the struggle for freedom continued until the decisive battle of Souli on 16 December 1803. Unfortunately, this last stand for freedom led to the defeat and the expulsion of the Souliotes from the area. Many took refuge in the Ionnian islands and the Peloponnese and continued to contribute to the cause for an independent Greece. At the time of the conflicts, there were over 12,000 inhabitants in the mountainous Souliote area spread over approximately 60 villages. 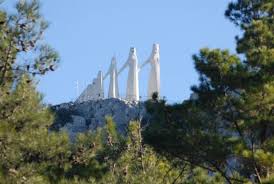 During the evacuation, a group of 50 Souliote women and their children were trapped by Ali Pasha’s troops in the mountain area of Zalongo. In order to avoid capture and enslavement, the women threw first their children and then themselves over a steep cliff. According to the legend, they jumped over the cliff one after the other holding hands while singing and dancing the syrto – which means ‘drag’. The self sacrifice and the bravery of these women soon became known across Europe. The Dance of Zalongo (Greek: Χορός του Ζαλόγγου) refers to this event, taking its name from the village of Zalongo. This dance is still danced today. The words to the song are below. Today, the Zalongo Monument above the ancient city of Kassope commemorates the sacrifice of these women.