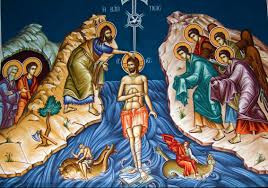 Epiphany, from the Greek word επιφάνεια, which means manifestation, to appear, completes the Christmas – New Year celebrations. It is the day when Jesus, at the age of 30, was baptized in the River Jordan by John the Baptist. From that day he began preaching the word of God to the people in the areas of Judea, Transjordan and Galilee until his final ministry in Jerusalem.

In Greece, Epiphany is known as Theophania (Greek: Θεοφάνια, τα Φώτα), which symbolises the rebirth of man. Carols are sung on Epiphany Eve. The next day, January 7, is the feast of John the Baptist. Those that are named John or Ioanna celebrate their Name Day on this very special day.

Theofania is also referred to as the Blessing of the Waters. After the church service the congregation is given the holy water that has been blessed by the priest. It is taken home and sprinkled around the house to exorcise evil and to bless the house and the family. In many areas the priest goes from door to door with the cross and a piece of basil to ‘santify’ or ‘purify’ the house by sprinkling the interior as well as the exterior with holy water.

The seas are blessed with the throwing of the cross into the water. Young males compete to see who will retrieve the cross for good luck.The blessing of the sea is said to calm the seas and make for safer journey

s for the sailors.

With the sanctifying of the waters, the kalikantzaroi(Greek: καλλικάντζαροι), the mischievous goblins who appear at the beginning of Christmas, are also banished into the depths of the earth where they will continue to saw the ‘world tree’ until the following year. 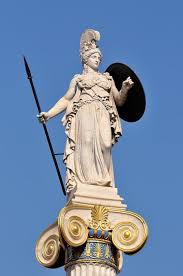 It is also interesting to note that in ancient Athens in a ceremony called Washing rites (Greek: Πλυντήρια) the statue of the goddess Athena, who was the patroness of Athens, was carried in procession to the coast of Faliron where it was washed in the sea water in order to cleanse and renew its sacredness. The veil or peplo was also washed. The Washing rite was followed by the Adorning rites (Greek: Καλλυντήρια).

Epiphany also celebrates the coming of the Three Wise Men or the Magi. They followed the shining star to Bethlehem to find ‘the new born child’ – Jesus Christ. ‘Magi’ comes from the Greek ‘magos’ (μάγος) from which the English word ‘magic’ comes from.

Gold is associated with Kings, Frankincense is used in the church service and Myrrh is a perfume that is used in the preparation of the deceased. These presents were symbolic of how the life of Jesus would progress: He would become King, but in the end He would suffer and die.