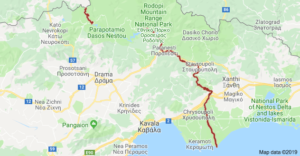 Many new trekking trails are opening up throughout Greece for those that are interested in nature and the environment as well as the historical significance of these areas. Some of these trails are close to the cities such as the Ancient Sphettia Way connecting the area of Koropi with Athens. Others are further afield. One newly opened trail is the one that follows the Nestos River in the Thrace prefecture and was undertaken by the Greek Environmental and Cultural Society (Greek: ΕΛΛΕΤ) in conjunction with the local officials. 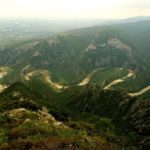 Nestos was an ancient Greek river god of Bistonia (Greek: Βιστωνίδα) in Thrace. His parents were Oceanus and Tethys. 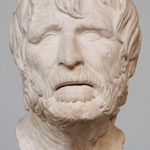 ancient Greek poet, in his Theogeny (8th-7th BC) writes: Tethys bore to Oceanus the swirling Potamoi (rivers) …. Nestos River rises in the Rila mountains of Bulgaria and meanders in a snake-like fashion through Greece between Macedonia and Thrace and to be more exact, between the prefectures of Kavala and Xanthi. It is the second biggest river in Thrace and the fifth biggest in Greece. It has a length of 230 km, of which 126 km are in Bulgaria and the rest in Greece. It flows into the Aegean Sea near the island of Thasos forming the Nestos Delta.

As the Nestos River (Greek: Νέστος) flows between canyons and inaccessible mountain areas, it was not navigable in antiquity. Ancient Greek tribes such as the Satrae inhabited the area. When the ancient Greek

king of Macedonia, Phillip II started out on his campaign to unite the city states of ancient Greece, his troops passed through the valley of Nestos. He built powerful castles along the way to control the strategic crossings. One such castle is the Castle of Kaliva outside Xanthi, located on top of an oak-covered hill. On one of the gates to the castle is a relief of Priapus. In ancient Greek mythology, Priapus (Greek: Πρίηπος) was a rustic demi-god and his oversized phallus symbolized fertility. It is said that he was the protector of the male genital organs as well as the protector of livestock, fruit plants and gardens. He was the son of Dionysus (god of wine) and Aphrodite (goddess of love). 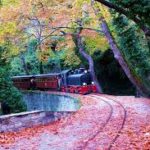 When Greece gained its independence from Ottoman rule, the development of the country began. One of the important ventures that was undertaken was the building of railway lines to connect the remote parts of Greece with the city centre. This is how the narrow pathway along the Nestos River was built. It was opened up around 1895 by the workers that were constructing the railway line in this part of Thrace (Greek: Θράκη).

The path facilitated the transportation of materials as well as human resources. The scenery is breath-taking and the train tracks along with the tunnels carved into the mountains blend in with the natural landscape. Along the way, small descending pathways lead to the river where sandy beaches can be found. 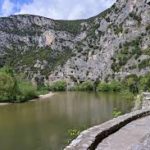 In the years that followed, this stone-built path, which began from the narrow source of the Nestos river near the village of Galani, was abandoned and overrun by vegetation. Only a few determined climbers were able to find the trail and follow the stone outline that nature was not able to delete completely, leading to the ‘heart’ of a rich forest with unique geological formations.

The trail has now been cleared and marked and is open to those that are interested in hiking along trails that connect the past with the present. The Nestos-Rodopi Trail covers approximately 70 km of trail through a significant nature reserve of historical significance.

This specific trail is divided into six routes, which can be covered within a day. Another section of the Cultural Trails of Thrace is made up of four routes covering a total length of 33 km, going through the villages of Erimanthou-Haintou, Ioniko-Castro Kalivas, the circular track of Kottanis and a bicycle route from the Nestos Delta to Keramoti. The local Municipalities help in the upkeep of the trails. The Nestos-Rodopi Trail has been certified by the European Ramblers Association. Out of fifteen certified trails by the Association, four are found in Greece. These trails are in Arcadia, Thrace, the Andros Roots and the Ursa Trail, which crosses the natural habitat of the brown bear in Epirus. Trails are also opening up on various islands such as Siphnos, Crete and many others. 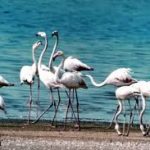 Besides trekking, other activities such as kayaking, horse-back riding, mountain biking and bird-watching are available. The forest is made up of rich vegetation such as oak and cedar trees, a large variety of wild flowers, orchids and creepers. The Nestos River has around 300 bird species such as the black stork, vultures, herons, the Alkyon, black goose and the pygmy cormorant. Wild animals such as the wolf, the wild cat (which is an endangered species), otters and ferr 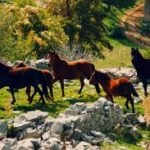 ets are also found here. Wild horses roam the area. There are 11 amphibian species and 21 reptile species as well as a large number of mammals at delta sea lakes. The Nestos Delta has been acclaimed a Wetland of International Significance and is protected by the Ramson Convention. The trails that have been opened are being recognized in the promotion of the cultural heritage of the area, for research purposes, education as well as environmental awareness. 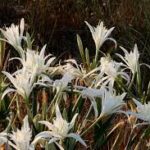