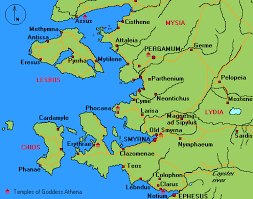 The Greek refugees that came from Asia Minor and settled in Greece often named their new townships after their places of origin. This is the case of Palaia Phocaea, the ancient Greek city on the Aegean coast of today’s Turkey. They left their ancestral homes and sought refuge in Motherland Greece after the disintegration of the Ottoman Empire, the end of World War I, and the rise of Kemal Atartouk, which led to the genocide of the Christian populations as well as the burning of Smyrna in September 1922.

Palaia Phocaea takes its name from Phocaea, an ancient Greek city of Ionia known today as Asia Minor. The Ionians (Greek: Ίωνες) who colonized the area were one of the four major tribes that the Greeks were divided into during the ancient period. The other three were the Dorians, the Aeolians and the Achaeans. Phocaea’s harbours allowed it to develop a thriving seafaring economy, which greatly influenced its culture.

Excavations indicate that the area had been settled from around 9th century BC when the first Phocaeans arrived there from Phocis, an ancient region in the central part of Greece, which included Delphi, the seat of the oracle Pythia. According to Herodotus (Greek: Ηρόδοτος), the ancient Greek historian and geographer, the Phocaeans were the first Greeks to make long sea-voyages. They discovered the coasts of the Adriatic Sea, the Tyrrhenian Sea (off the coast of Italy) and travelled as far as Spain. Although they travelled extensively throughout the Mediterranean Sea and up through the Dardanelles, the major colonies they founded were in the west. These included Alalia on the island of Corsica, Emporiae and Rhoda on the Catalonian coast of Spain, and Marseille (Greek: Μασσαλία) on the Mediterranean coast of France around 600 BC.

The history of Phocaea is a long and turbulent one, from the Greco-Persian conflict in 546 BC through to the Roman Empire, and then the Byzantine Empire. The township was given to Benedetto Zaccaria, the Genoese ambassador to Byzantium as a hereditary lordship in 1275. It remained a Genoese colony until it was taken by the Turks in 1455. Constantinople fell to Sultan Mehmed II on May 29, 1453. 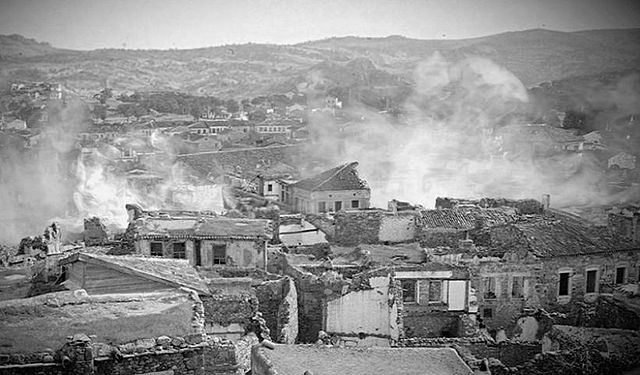 Phocaea was the location of the first massacre (Greek: Η Σφαγή της Φώκαιας) in June 1914 as part of the ethnic cleansing policies of the Ottoman Empire, which included exile, massacre, and deportations. It was carried out by irregular Turkish bands called ‘chettes’, who were responsible for the atrocities against Christian Orthodox Armenians, Greeks, and Assyrians during the 1910s and 1920s. 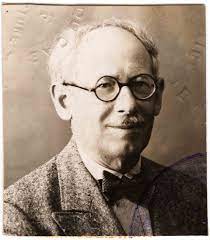 The documentation and photographs of the French engineer and archaeologist Felix Sartiaux (1876-1944) have helped to bring these atrocities to light as they describe the sequence of events before and during the massacre. He and his three assistants took measures to help the Greek population by hoisting French flags on their homes and thus provided shelter for the refugees. Around 700-800 people were saved from the attacks and were later evacuated by boats to the island of Lesvos. There was sympathy throughout Europe for the victims of Phocaea, especially in France. The people of Marseille raised a sum of 20,000 French francs to support the refugees.

The refugees returned to Phocaea in 1919 when it appeared that the Greek Army and their allies were succeeding in reclaiming territories in Asia Minor. However, their return was short-lived because of the defeat of the Greeks in the Battle of Sakarya, just outside Ankara. This led to the second forced expulsion from their ancestral homelands and their permanent return to Greece as the Turks did not want any other nationalities living there although the Greek population was a majority in many areas.

On their arrival in Greece, many settled in Piraeus and from there, a few made their way to the salt pans of Anavissos in East Attica in search of work. Friction arose when more refugees arrived in the area in the summer of 1924 as the locals were afraid of losing their jobs and their rights to the farming land. Time and hard work were needed to reverse the situation before the relationship between the two communities improved. 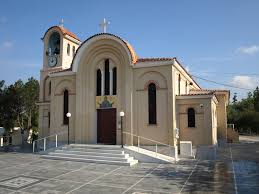 Despite the attempts to be reimbursed by the Turkish government for the properties that had been left behind, this was not possible. The refugees had to put an end to their dreams of ever returning to their ancestral homes and to concentrate on creating a future for their families in Greece. They therefore set about building their church and their school. The church of Saint Irene was founded in 1932 and was dedicated to the Saint as was the church in Palaia (Old) Phocaea of Asia Minor. In June 1947, the official decision was taken by the government for the founding of the independent community of Palaia Phocaea.

The photographs, notes and correspondence of Felix Sartiaux were discovered in different archives and were published in 2008 and 2012 by the Greek photo historian Haris Yiakoumis. This information was used for the documentary ‘The Sacking of Phocaea’ by Agnes Sklavos and Stelios Tatakis. 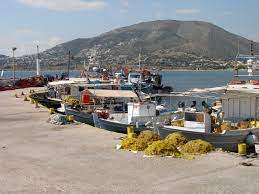