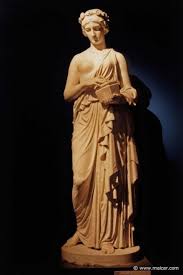 Hephaestus, the Olympian god of fire, metallurgy, craftsmanship, artisans, sculptors and volcanoes was asked by his father Zeus, king of the Olympian gods, to make the first woman. It was an easy task for him as he was the god of so many trades. He made her out of soil and water. She was named Pandora (Greek: Πανδώρα, παν = all, δώρο = gift), which means ‘all-gifted’, ‘all-endowed’ or ‘all-giving’. 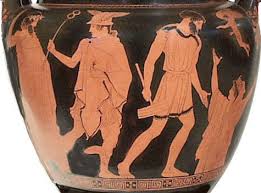 All the Olympians gods gave Pandora a gift. Athena dressed her in a silvery gown, an embroidered veil and an ornate crown of silver; Poseidon gave her a pearl necklace; Apollo taught her how to play the lyre. Pandora was beautiful and enticing and people flocked around her. However, Zeus wanted to punish mankind for accepting the gift of fire stolen by Prometheus and so he gave Pandora a foolish and idle nature and Hera gave her curiosity, which is often the downfall of a person. 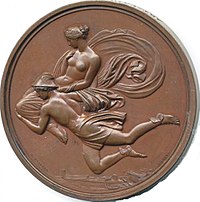 Prometheus knew that Zeus would try to take revenge because he had given mankind the holy fire and so he had told his brother Epimetheus, not to accept any gifts that came from Zeus. Epimetheus, however, did not heed this warning. When Hermes, the winged messenger of the gods, brought Pandora to him, her beauty enslaved him and he immediately fell in love with her. Zeus had given Pandora a sealed jar or ‘box’ as it has come to be known, as a wedding gift. She was told never to open it. However, Pandora’s thoughts would not let her rest; she was curious                                                         to see what was in the box. 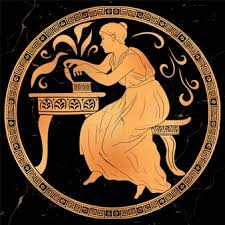 One day, she approached the box and began to inspect it from all sides. In the end, she could not withstand her curiosity and she opened the lid. At once, all the misfortunes of the world that had been sealed inside the box flew out. Among them was evil, animosity, jealousy, sickness, poverty and many more. Pandora was horrified and realised that she had made a big mistake in opening the box. She shut it as quickly as possible and in this way she was able to keep in the box the last item that Zeus had put in: Hope (Greek: Ελπίδα).

Zeus knew that Pandora could not resist the temptation to open the box. He knew that the people would go through misfortunes and that they would have to fight for better days without losing their courage. And so he gave them Hope. No matter what hardships they go through, there is always hope for better days.

Today, we use this myth to refer to actions that lead to many evils and woes, just like Pandora’s action to open the box that released all the calamities that can befall a person. However, despite all the hardships that beset us, we still have hope to encourage us and help us overcome our troubles. The saying in Greek is: Η Ελπίδα πεθαίνει τελευταία. In other words, Hope dies last. Life without Hope would be unbearable.