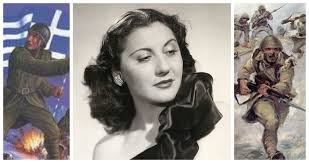 The participation of Greece in the Second World War (1939-1945) began with a resounding ‘NO!’ – ‘ΟΧΙ!’ in the early morning hours of 28 October 1940 by the Greek Prime Minister Ioannis Metaxas to the Fascist Dictator of Italy, Bettino Mousoulini, who demanded that Greece allow the Italian troops to occupy certain parts of Greece in order to help his ally, Hitler, bend Europe to his will.

No-one expected the small and economically weak country of Greece to stand up to Mousolini’s demands. No-one expected the victories that Greece had in the Greco-Italian war in the cold winter months in the mountainous terrain of the Pindus mountain range in Epirus and in Albania. A handful of Greek soldiers, who fought tenaciously and were supported wholeheartedly by all the Greek people, wrote the heroic 1940 Epic. Hitler was forced to send the German Army to invade Greece as Italy could no longer hold the Albanian front. German and Italian forces entered Athens in April 1941: a double occupation of the capital of Greece took place.

All the Greek people wanted to help in whichever way they could in the war against Nazism and Fascism. Therefore, the people of the theatre could not be left out. And so, the singer-actress Sophia Vembo with the songs, most of which were written by Mimis Triaforos, her lover and later husband, became the symbol of resistance and freedom. The warmth of her contralto voice, full of passion and patriotic pride, was heard from one end of Greece to the other as well as overseas where the Greek forces were stationed.

Sophia Vembo was singing at the Montial Theatre in Athens when the Greco-Italian War began on 28 October 1940. Mimi Triaforos was also working there as a presenter. Sophia Vembo new that he also wrote lyrics so she asked him to write her a song about the war to the music by the composer and musician Michali Soyioul (1906-1958). The song that he wrote, The Chi 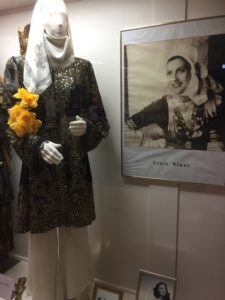 ldren of Greece (Greek: Παιδιά της Ελλάδας Παιδιά ), became the second national anthem of Greece and symbolised the spirit not only of the soldiers, but of the people as well. She sang the song that same night at the theatre and she was so overwhelmed by emotion that she could not finish it. The audience, mostly made up of returned soldiers, many of them wounded, clapped, cheered and cried along with her. They asked her to sing the song again and again. The song gave wings to the people of Greece and gave them the courage to fight with all their hearts. She adopted the headscarf that the village women wore as a symbol of resistance and so that it would bring her closer to the fighting men.

When Germany invaded Greece in April 1941, Sophia Vembo continued to sing her songs of resistance and to uplift the spirit of the Greek people. She also funded and took part in the satirical musical plays written by Mimis Traiforos. This was not taken lightly by the German and Italian occupying forces. She was often threatened because of the songs that she sang as they satirized Mousoulini and the German forces. Eventually, she was banned from singing completely. Her house was ransacked and all her records and musical scores were destroyed. The occupying forces went so far as to destroy all the disks and records with her songs at the record company Columbia so that they could not be reproduced. Most of her work was lost in this destruction of hate. Luckily, her records were available overseas in countries such as America so that her work was not completely lost.

Sophia Vembo was finally smuggled out of the country in the summer of 1942 via Kimy on the island of Euboia across to Turkey and from there to Lebanon and Syria where she was received warmly by the Greek refugees and from there to Egypt. In Cairo she actually stayed at the same hotel with the exiled King George of Greece and the exiled Greek Government. She sang for all the Army, Air force and Navy units. She was finally assigned to the Ministry of the Navy and moved to Alexandria. There she sang for the sailors when they came into port. She sang for the sailors of the famous battleship ‘Averof’. She was in the Middle East from 1942-1945 singing to the Greek forces with usually just the accompaniment of an acco 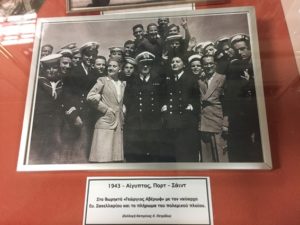 rdion. She would often travel at least 50 km a day in order to go from one unit to the other usually on a battered jeep and sometimes even on a camel. She gave everything to the war effort: her voice, her soul, her fighting spirit as well as most of her earnings from the musical play performances that were organised in the Middle East and in Greece. One such example is a donation of 2,000 gold pounds to the Hellenic Navy. She asked nothing in return and refused any form of payment from the State.

After the war she was finally able to acquire her own theatre, the ‘Vembo Theatre’, in the area of Metaxourgio, below Omonia. For her services towards the homeland during the war, she was awarded the rank of Major in the Greek Army. She died on 11 March 1978. 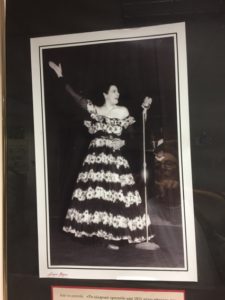 In the Thessaloniki War Museum there is an exhibition with photographs showcasing her life, manuscripts, musical scores, personal items, local and international reviews as well as many of the clothes that she wore in her many performances. The voice of Sophia Vembo accompanies you and takes you back to another era as you go from one glass cabinet to the other.

Below is part of the song: Children of Greece – Παιδιά, της Ελλάδος Παιδιά