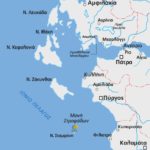 Strofades (Greek: Στροφάδες) are two very small Greek islands in the Ionian Sea 27 miles south of the island of Zakynthos and 28 miles to the west of the Peloponnese. The larger of the two islands is named Stamfani and the smaller one Arpia. The islands were also called Floating (Greek: Πλωτές – Plotes) by the ancient Greeks as their flat surface made them look as though 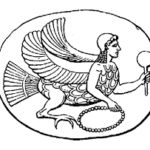 they were floating. The highest point is only 20 metres above sea level. Strofades means turning, from strofi (Greek: στροφή), which is connected with the ancient Greek myth of Jason and the Argonauts and the Boreads, the winged sons of Boreas (Greek: Βοριάς), king of the Winds. The Boreads were chasing one of the Harpies (Greek: άρπυια), creatures that were half-human with a woman’s face and half-bird with long claws. Unable to locate her they turned back and re-joined the Argonauts. It is this turning back that gave the name to the islands. 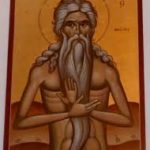 The Strofades belong to the Municipality of Zakynthos. The larger island, Stamfani (4900 by 2800 feet), has a unique monastic complex that dates back to 1241. On the smaller island of Arpia (2800 by 1100 feet) is the temple of St. Onuphrius as well as a stone hut, both built by monks. St. Onuphrius (Greek: Άγιος Ονούφριος) lived as a hermit in the desert of Upper Egypt during the 4th and 5th centuries. The islands are separated by a shallow sea expanse, probably caused by an earthquake as earthquakes are quite prevalent in the area. 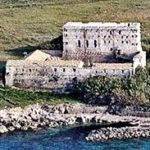 The monastic complex on the island of Stamfani is unique because of its fortress-like appearance. It is one of the oldest fortified monasteries in Greece and an important monument of late medieval and early modern history. It was initially dedicated to the Virgin Mary, the Blessed Mother of God and founded on the request of Princess Irene, daughter of the Byzantine Emperor of Nicaea Theodore I Laskaris (1175-1222), who survived a shipwreck off the islands. The monastery was built in the form of a fortress as the monks, along with their monastic duties, had to defend themselves against invading Turks, Algerians and pirates as well as Ottoman-Venetian conflicts during the 16th century when the Strofades were under Venetian jurisdiction. The islands also passed under the jurisdiction of France and later came under British rule between 1815 and 1664. They passed into Greek hands after the Greek War of Independence of 1821 against the Ottoman Empire when the Ionian Islands became a part of Greece in 1864 when King George I was installed on the throne of Greece.

The Strofades Monastery was founded as a stavropegic monastery (Greek: σταυρός = stavros = cross and πήγνυμι = pegnumi = to affirm). This means that it was under the auspices and jurisdiction of the Ecumenical Patriarchate of Constantinople. Therefore, the reference point was always towards the Orthodox east. At one time in the 1420’s, the Monastery was inhabited by more than fifty monks who followed the Orthodox monastic tradition. The Monastery flourished right up to the 19th century despite the difficult conditions. It was strategically placed on the naval routes connecting the Adriatic and Ionian seas to the southern Peloponnese and from there with the south-eastern Mediterranean and the Holy Land. It was also a stop-over point so that travellers could be supplied with provisions. Above all, the Monastery was the ideal place for spiritual exercise and prayer.

The Monastery began with the Tower construction and the Church of the Virgin Pantochara, often referred to as the Lady of Strofades, embedded into the Tower. Over the centuries it was enlarged to form the quadrangle structure that can be seen today. The chapel of St George is on the ground floor and was the burial place of St. Dionysios in 1622. For a short period, he was the Archbishop of Aegina and later became the patron saint of Zakynthos. His relics were transferred to Zakynthos in 1717 after violent raids by Turkish pirates and are in the Monastery of 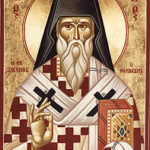 St. Dionysios. In the Monastery complex the chapels of St. 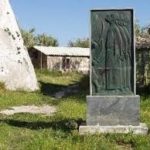 Nicholas and St. John are also found. In the chapel of St. John are buried the bones of the monks slain by the Turks in one of their raids. A monument has been erected in the memory of the monks in the courtyard. The many icons that adorned the church and the three chapels as well as the manuscripts have been taken to the Museum of the Holy Monastery of Strofades and St. Dionysios for safe keeping. Only a few walls icons remain. A model of the Monastery can also be seen there. 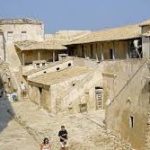 The Tower, which is about 69 feet high, besides the embedded church of Virgin Pantochara, is comprised of three wooden stories of storage space where the monks would store the wheat that they grew. The courtyard extends in an elongated shape in the middle of the four wings of the complex. There are two large storerooms and a flour mill on the ground level as well as the kitchen and refectory. The cells are found on the first floor above the warehouse. Along with the baking of bread and the daily cooking, a creamy cheese called prentza (a spreadable mixture of myzithra with olive oil and thyme) was made from the sheep’s milk. A large number of fruit trees surrounded the Monastery. All the equipment that was used in the production of so many things now lies idle waiting for the necessary repairs to be made so that visitors can enjoy this unique environment.

Besides the spiritual and historical importance of the islands, they are also of environmental importance. There are over 250 different species of plants and flowers. The 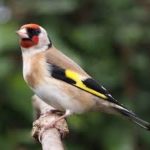 most widespread is the secular cedar. Over 1200 species of migratory birds such as the turtledoves, cuckoos, goldfinches, hoopoes and swallows th 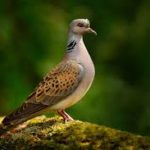 at rest and nest on the islands as they travel to and from Africa have been identified. There are many natural springs and wells although many have now been damaged because of the earthquakes in the area.

Besides the Monastery complex, a lighthouse had been built on the island of Stamfani during the British rule of the Ionian Islands. The permanent lighthouse keeper was on the island until the late 1990’s when the lighthouse was automated. As time passed, the number of monks also decreased so tha 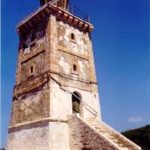 t by 1976 there was only one monk living there. He was Father Gregory, the last monk of Strofades. He served the Monastery for 38 years, until 2014 when he was forced to return to Zakynthos due to ill health. He lived on Strofades for 38 years all by himself.

Today, the Strofades are a nature reserve that belongs to the National Marine Park of Zakynthos. In 2009, under the auspices of the Metropolis of Zakynthos and Strofades, a conservation project was designed. If this project is implemented and the port facilities are modernised, then the visitors will be able to enjoy the historical, spiritual and environmental aspects of the islands. At the moment, the islands can only be reached by private boat.